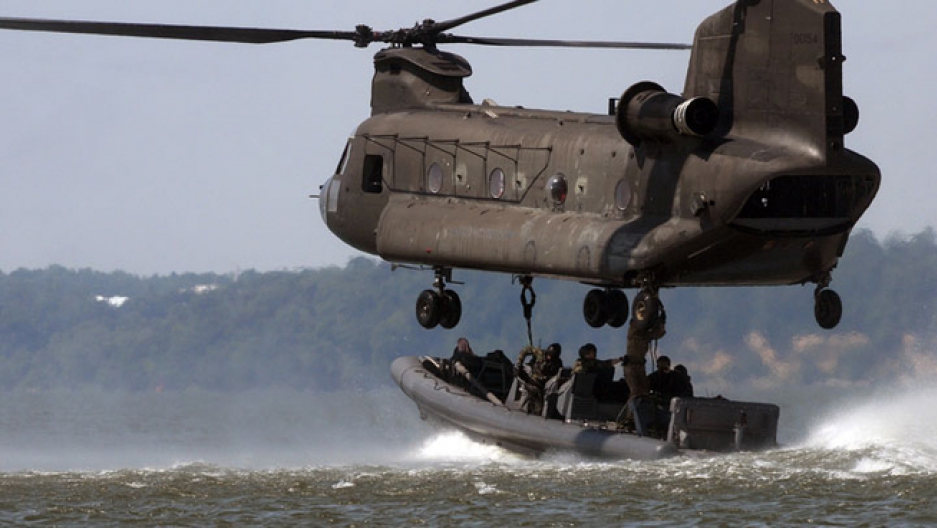 More than 20 Navy Seals died in the helicopter crash that killed 31 in Afghanistan yesterday.

Some of those Seals were members of Seal Team 6 that took part in the raid that killed Osama Bin Laden, the AP reported today; although they were not actual participants in the Pakistan raid, according to the New York Times.

One source says the team was thought to include 22 SEALs, three Air Force air controllers, seven Afghan Army troops, a dog and handler, and a civilian interpreter, plus the helicopter crew. Seven Afghan commandos were also reportedly killed.

The operators from SEAL Team Six were flown by a crew of the 160th Special Operations Aviation Regiment, the same regiment that flew the bin Laden raid. U.S. officials spoke on condition of anonymity because families of those killed are still being notified.

It was the largest single loss of life for Seal Team 6, also known as the Naval Special Warfare Development Group, (DEVGRU) in the unit's history. An initial investigation indicates the helicopter was shot down by insurgents in the volatile Tangi valley of Wardak province, several hours south of Kabul.

"Their deaths are a reminder of the extraordinary sacrifices made by the men and women of our military and their families, including all who have served in Afghanistan,'' President Obama said Saturday. "We will draw inspiration from their lives, and continue the work of securing our country and standing up for the values that they embodied."

The police chief of Wardak said the attack occurred around 1 a.m. Saturday after an assault on a Taliban compound in the village of Jaw-e-Mekh Zareen in the Tangi Valley. The fighting lasted at least two hours, he said, the New York Times reported.

A spokesman for the Taliban, Zabiullah Mujahid, confirmed that insurgents had been gathering at the compound, adding that eight of them had been killed in the fighting.