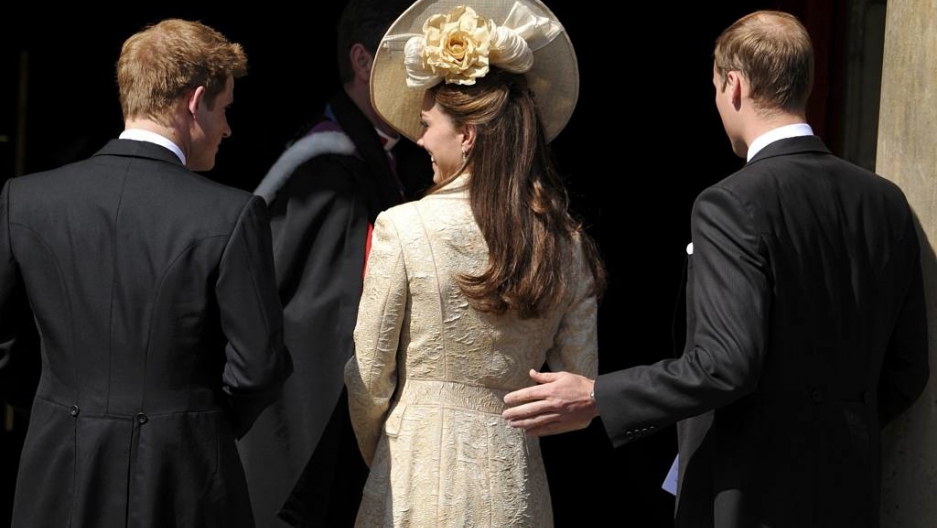 Catherine, Duchess of Cambridge, donned a striking wide-brimmed hat with flowers at the back for the wedding of Prince William's cousin, Zara Philips, at Canongate Kirk in Edinburgh, Scotland on July 30, 2011.
Credit: Dylan Martinez
Share

In her new role as Duchess of Cambridge, the former Kate Middleton has fashioned the hat in nearly every way possible this summer, ranging from a white cowboy hat in Calgary, Canada to a white brim hat at a royal family wedding in Scotland.

She's not the only one to make the hat a necessary accessary at posh British events. Prince William's cousin, Princess Beatrice, captured the public's attention with an eye-popping hat at Kate and Will's wedding on April 29, 2011.

It seems that the hats are growing in popularity. Just recently, at the wedding of Prince William's cousin, Zara Philips, in Edinburgh, Scotland, many female guests were seen donning hats of all shapes and sizes to accompany their elegant dresses.