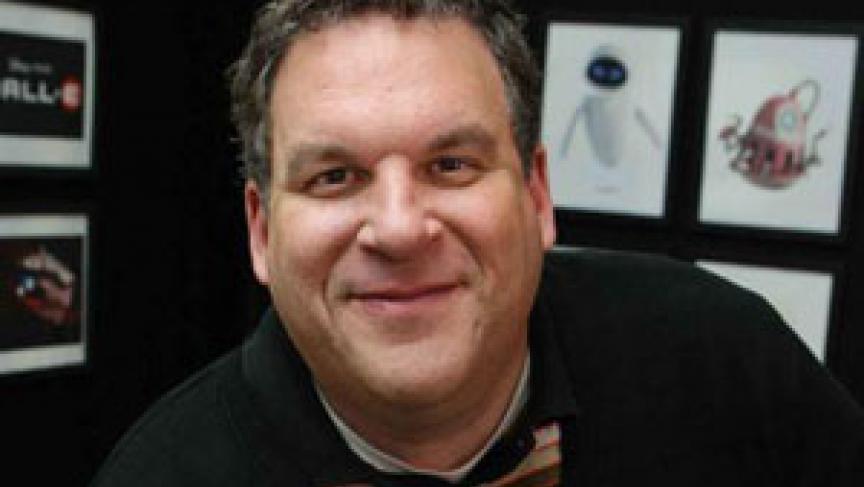 Jeff Garlin is a writer, director and actor best known for his role on "Curb Your Enthusiasm"

Jeff Garlin began his career in comedy at The Second City in Chicago. He's since worn many hats in the worlds of live comedy, movies and television. In addition to performing his own stand up comedy, he's directed stand up specials for John Waters, Dennis Leary and Jon Stewart. He also wrote, directed and acted in the film "Someone to Eat Cheese With," co-starring with Sarah Silverman.

One of his best-known roles is Jeff Greene, Larry David's best friend/manager on the acclaimed HBO show "Curb Your Enthusiasm." Garlin also executive produces the show, which is now in its eighth season after a two-year hiatus.

Garlin talked to The Sound of Young America's Jesse Thorn about the genesis of the show and the constant laughter that springs from working with Larry David.

"I think the thing I find most enjoyable is when [David] finishes writing the episodes and sends them to me," Garlin said. "I'm one of the first people he sends them to. A normal sitcom script is normally 35 pages, a 'Curb Your Enthusiasm' script is about seven pages. It's really none of the dialogue and all of the action."

The format and structure of "Curb Your Enthusiasm" had been a pet project for Garlin for years prior to the show was picked up by HBO. Garlin's improv and stand-up background, paired with David's talent for writing and comedic delivery made the show a huge hit.

When asked about what he felt when he received David's first script, Garlin replied with one word: "Awe."

Even with the show's success, Garlin always loves to return to his stand-up comedy roots. But from his stage-fright ridden days at Second City to the autobiographical journay of "Someone to Eat Cheese With," all the way to the relaxed banter of "Curb Your Enthusiasm," Garlin admits it's been a long road to get where he is today.

"Am I pleased with where I am today? Forget success-wise, but artistically? Hell yes," Garlin said.