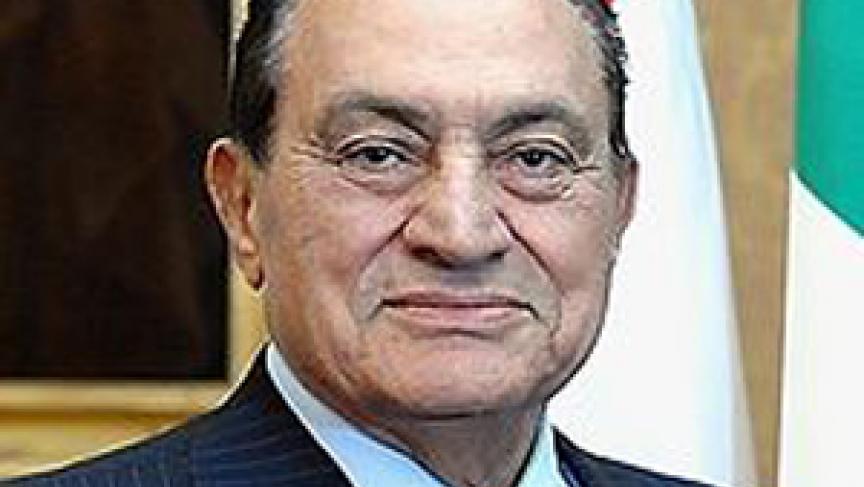 Story by Matthew Bell, PRI's The World. Listen to audio above for full report.

The man who ruled Egypt with an iron fist for three decades -- thanks in part to US support -- is set to go on trial starting tomorrow.

Hosni Mubarak is charged with corruption and ordering the killing of demonstrators during the 18 day uprising that toppled his regime. The prosecution wants the death penalty.

The trial will take place on the outskirts of Cairo, at a police academy that was formerly named after Mubarak himself. The man who will defend the former dictator is no stranger to controversy or public pressure.

In fact, Fareed el-Deeb was a household name in Egypt long before he agreed to defend ex-president Mubarak. El-Deeb is a celebrity lawyer and he looks the part. He's known for his trademark cigar, his silver tongue and his sense of humor. And Egyptians are well aware of El-Deeb's professional reputation.

"You know, if I was to describe him in just one phrase: he's the lawyer who is willing to go to the court to defend the devil," said Mustafa Kamal el-Sayyid, a political scientist at Cairo University.

Sayyid said el-Deeb's previous clients include an alleged Israeli spy and the suspected murderer of a Lebanese pop star.

Public opinion in post-revolutionary Egypt is complicated and fluid. But when it comes to the former dictator, there's a thirst for revenge on the part of some Egyptians who suffered dearly under Mubarak and his allies.

But most Egyptians understand that the ex-president deserves a fair trial and a good lawyer, said Mustafa Kamal Al-Sayyid of Cairo University. And well before the trial started, he points out, El-Deeb was at work defending his client.

"He was quite daring to say in defense of President Hosni Mubarak that he supported the revolution from the first day," Sayyid chuckled. "I guess that one needs fertile imagination to come up with an argument like this."

In a TV appearance last month, Fareed El-Deeb said Hosni Mubarak told him that what's at stake in this case are matters of Egypt's national security. And even though revealing certain state secrets would show that he's innocent, Mubarak's lawyer said the former president would rather keep quiet.