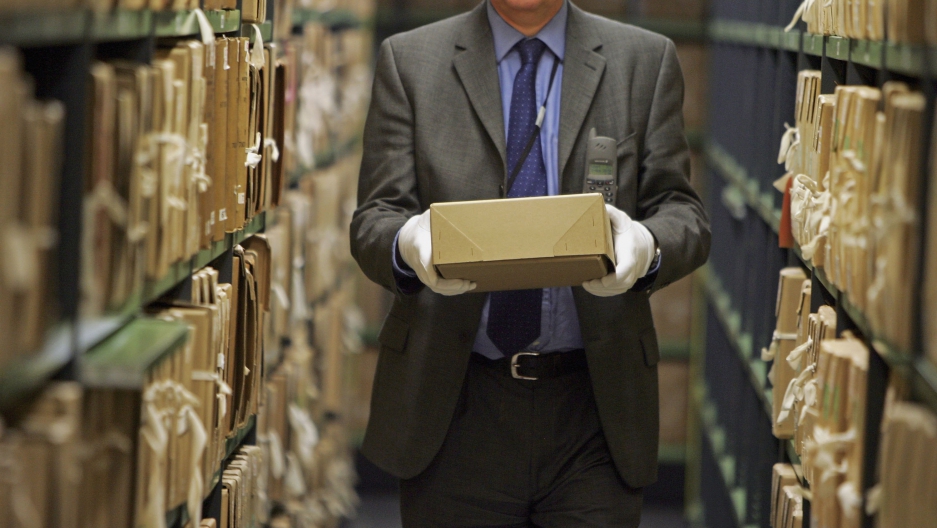 RIO DE JANEIRO, Brazil — When President Dilma Rousseff, a former urban guerrilla tortured for 22 straight days with electric shocks under Brazil’s military dictatorship, took office in January she was ambivalent about her past as a young activist: “I don’t have any regrets, nor any resentment or rancor,” she said.

Rousseff has since done little for those looking for justice for crimes under the dictatorship. For one, her new government has waffled on whether it supports allowing archival documents to be declassified as confidential in a proposed access-to-information law.

Unlike many of its Latin American neighbors, Brazil has yet to hold a fact-finding "Truth Commission" to clarify responsibility for crimes committed during the military rule of 1964-1985. It also has not reversed an amnesty law that shields torturers from prosecution. The Inter-American Court of Human Rights declared the amnesty illegal in December.

But a recent granting of first-of-its-kind access to Brazil’s National Archives may be a quiet indication that the direction is changing.

The Justice Ministry announced last week that it would grant 12 researchers “unrestricted” access to the documents in the National Archive “that make viable the identification of public agents who ordered or had been authors of acts injurious to human rights.”

Researchers in the past have complained of what they see as arbitrary denial of access to dictatorship-era documents based on a capricious interpretation of protecting the privacy of individuals. Around Rousseff’s October election, historians reported being bluntly denied military-era records because journalists had also asked for them and the archives wanted to "preserve the electoral process from the harm they could do with the information."

At the heart of the issue is Brazil’s unresolved record with its own history of state-sponsored violence, even as it tries to become a new global voice on human rights issues abroad.

"There has been a huge delay. Every country in Latin America has had a truth commission except Brazil,” Manuela Lavinas Picq, a professor of political science at Amherst College who lived in exile during the Brazilian military dictatorship, said at a March conference . “In the rest of Latin America the truth commissions came in a context of transition. In the ‘80s away from dictatorship, also in the ‘90s away from civil war."

More from GlobalPost: Brazil investigates sex tourism by US company

Whether or not Brazil will pass a proposed Truth Commission is in the hands of the nation’s congress, which could vote on it after returning from recess in August.

Critics in the military complain that the proposed commission is one-sided.

“If there were a ‘Truth Commission’ they should investigate both, look at the actions of those who defended the government as much as those who fought against it. If not, it is unilateral justice,” Gen. Clovis Purper Bandeira, vice president of the Rio de Janeiro Clube Militar, said after a March event commemorating the anniversary of the 1964 coup.

But many other activists are dissatisfied with the limited progress made by the government. They disagree with the fact that the truth commission has no plan to hold torturers criminally responsible and say more could be done to grant unfettered access to documents.

The access "should be for everyone, not just for those who went and asked," said Crimeia Alice de Almeida, one of the 12 who will be allowed access. Almeida is a former guerrilla fighter and torture victim imprisoned while pregnant in Sao Paulo, where she gave birth to her son in jail. “It falls on the shoulders of a few [the 12] to find the truth about them all.”

The researchers being allowed in are members of the non-governmental Commission of Families of Political Victims and the Disappeared, whose goal is to document dictatorship-era human rights abuses and identify state agents responsible for them.

And the National Archive still has millions of valuable documents yet to be accessed by civilians. Those who have permission to enter the archives note that they still don’t have access to some documents that the armed forces have not yet transferred to the archive. (Records on the alleged torturer of Rousseff herself, for example, were recently reported to have been found destroyed.)

"This has a game of marketing from the government to say they opened the archives,” said Marcelo Zelic, vice president of the non-governmental organization Tortura Nunca Mais Sao Paulo (Torture Never Again).

“It is very hard for us to know whats lacking” Almeida said.