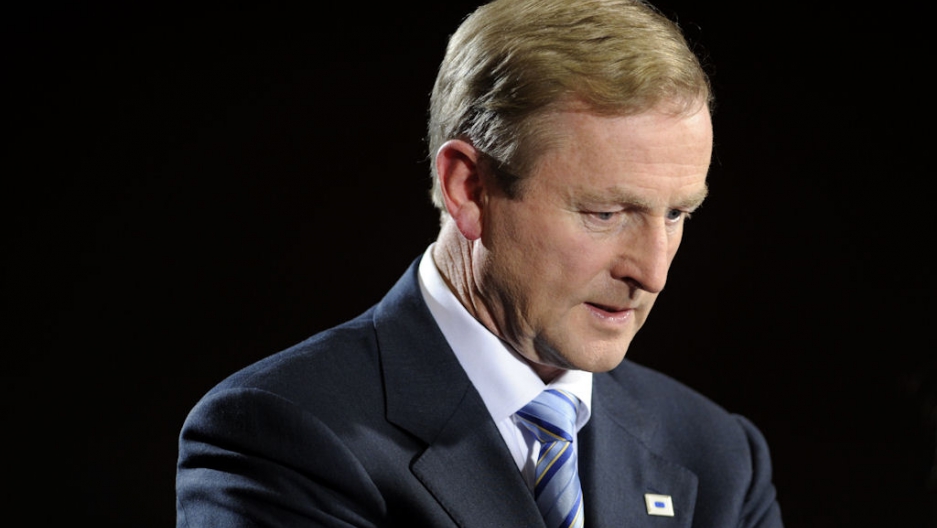 DUBLIN, Ireland — The Vatican’s decision Monday to recall its nuncio from Ireland “for consultations” — a phrase often used in diplomacy to signify a deterioration in relations — is not being described by the Irish government as a hostile act. Nevertheless this rare step signifies a low point in relations between Rome and one of the world’s traditionally most fervent Roman Catholic nations.

The recall comes shortly after a watershed speech in the Irish parliament on July 21 by Taoiseach (Prime Minister) Enda Kenny, in which he castigated the “dysfunction, disconnection, elitism … the narcissism that dominate the culture of the Vatican to this day.” The prime minister was responding to the latest damning report on clerical abuse of children in Ireland, an investigation into the diocese of Cloyne which concluded that the Catholic Church was still not proactive in dealing with abuse in Ireland. Kenny's speech had a powerful impact, coming as it did from a middle class, practicing Catholic from the west of Ireland — the type of person who for decades has been the mainstay of the Catholic Church here.

And the Catholic Church has been a mainstay of political power in Ireland. This is the country where a former Labor Party leader, Brendan Corish, famously declared in 1968 that he was an Irishman second and a Catholic first and that he would accept without qualification “the direction of the Hierarchy with regard to Catholic social teaching.” Ireland was once described by Pope Paul VI as “the most Catholic country in the world.” But the present coalition government of Fine Gael and Labor, whose predecessors trembled at the prospect of a “belt from the crozier” if they incurred a bishop’s displeasure, is now drawing up child-protection legislation that could require a priest to report the confessions of a pedophile to the police.

Kenny was overwhelmed with messages of support from people and priests around the country, including the progressive Archbishop of Dublin, Diarmuid Martin. The effect on public opinion has been like the igniting of a fire that had been smoldering for years, stoked by report after report of clerical abuse and cover-up. Few expressed disagreement with Kenny’s conclusion that the “rape and torture of children were downplayed or managed, to uphold instead the primacy of the institution, its power, standing and ‘reputation,’” or that the Vatican parsed and analyzed victims’ stories “with the gimlet eye of a canon lawyer.”

But Kenny struck another chord with voters when he accused the Vatican of attempting “to frustrate an inquiry in a sovereign, democratic republic.” Ireland has been smarting over a loss of sovereignty to the International Monetary Fund and the European Central Bank to satisfy the terms of a 2010 bailout. (In an echo of the pre-independence slogan “A Nation Once Again” the Sunday Business Post last weekend headlined an article on the diminution of economic independence by columnist Tom McGurk, “A Province Once Again.”)

Kenny’s speech was a declaration that Ireland would no longer tolerate any interference in its independence from another powerful world institution, the Vatican. As such it went some way to restoring a sense of national dignity. The Cloyne report, he said, exposed for the first time “an attempt by the Holy See to frustrate an inquiry in a sovereign democratic republic … .” Those abused should know they belonged to a nation where the law “will always supersede canon laws that have neither legitimacy nor place in the affairs of this country.”

In the words of historian Dermot Keogh, author of “Ireland and the Vatican: The Politics and Diplomacy of Church and State 1922-1960” Kenny broke new ground by letting the Vatican know there was only one government and one law in the Irish Republic. After Rome announced that the papal nuncio Archbishop Giuseppe Leanza was being recalled, an Irish government spokesman commented, “The taoiseach has said what he wanted to say. The ball is firmly in the Vatican’s court.”

There was a chilly reaction from the Vatican to the controversy. Monsignor Gianfranco Girotti, number two at the apostolic penitentiary, said the proposal to require priests to break the seal of the confessional to report abuse against children was “absurd and inadmissible.” He told the ultra-conservative newspaper Il Foglio that “Ireland can pass all the laws it likes but it should understand that the church will never accept the obligation on a confessor to report to civil authorities.” The deputy Vatican spokesman Ciro Benedettini expressed the Holy See’s sense of “surprise and disappointment” at some of the “excessive reactions” to the Cloyne report. At the same time he conceded that the recall of the nuncio indicated the seriousness of the situation and the Vatican’s desire to face it with objectivity and determination.

The assault on the Catholic Church authorities by Kenny has distressed many priests in Ireland who are suffering for the crimes of their colleagues, according to Father Vincent Twomey, professor emeritus of moral theology at St Patrick’s College, Maynooth. Writing in the Irish Times, he protested, “We are an ageing clerical force stretched almost to breaking point due to lack of vocations, trying to comfort the afflicted, instruct the young, bury the dead … .”

However overall reaction in Ireland has been overwhelmingly supportive of Kenny. Last weekend the taoiseach told the MacGill summer school — an annual political and social jamboree held in Glenties, County Donegal — that he was astounded by the number of clergy who had contacted him to say it was “about time” someone spoke out. At the end of his lecture Kenny receive a standing ovation — a rare event for a politician in modern Ireland.