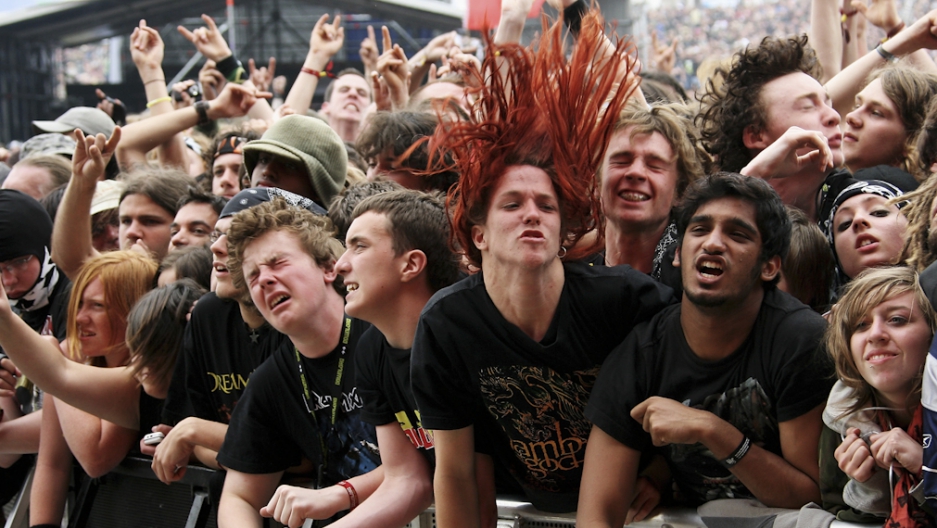 In Sweden, a headbanger has succeeded in having his heavy metal music obsession declared an addiction that requires state disability benefits.

Roger Tullgren, 42, a heavily tattooed metal head who works as a dishwasher in southern Sweden, said he consulted three psychologists to receive statements testifying to the extent of his heavy metal music dependency, reports the Local, a Swedish news website.

“I have been trying for 10 years to get this classified as a handicap,” he told the Local.

"I spoke to three psychologists and they finally agreed that I needed this to avoid being discriminated against."

(More Sweden news from GlobalPost: No "boys" or "girls" at gender-neutral preschool in Sweden)

Tullgren, who is described as having long black hair, tattoos and a collection of skull and crossbones jewelry, said his heavy metal addiction caused him to attend nearly 300 concerts last year that left him unable to hold down a job, and forced to go on welfare.

His new part-time job as a dishwasher at a restaurant in the city of Hassleholm will be supplemented by disability benefits.

"I signed a form saying: 'Roger feels compelled to show his heavy metal style. This puts him in a difficult situation on the labor market. Therefore he needs extra financial help'. So now I can turn up at a job interview dressed in my normal clothes and just hand the interviewers this piece of paper," Tullgren said.

Tullgren’s new boss has agreed to give him time off to see concerts, and lets him dress how he wants and play heavy metal music while washing dishes, provided it is not too loud when there are guests at the restaurant.

Tullgren said he got hooked on heavy metal at age 2 when his older brother came home with a Black Sabbath album.

The Toronto Globe and Mail newspaper notes that while addiction treatment usually involves helping addicts to kick the habit, “in uber-liberal Sweden, the state could be accused of ‘enabling’ Mr. Tullgren’s addiction by accommodating his heavy metal lifestyle.”