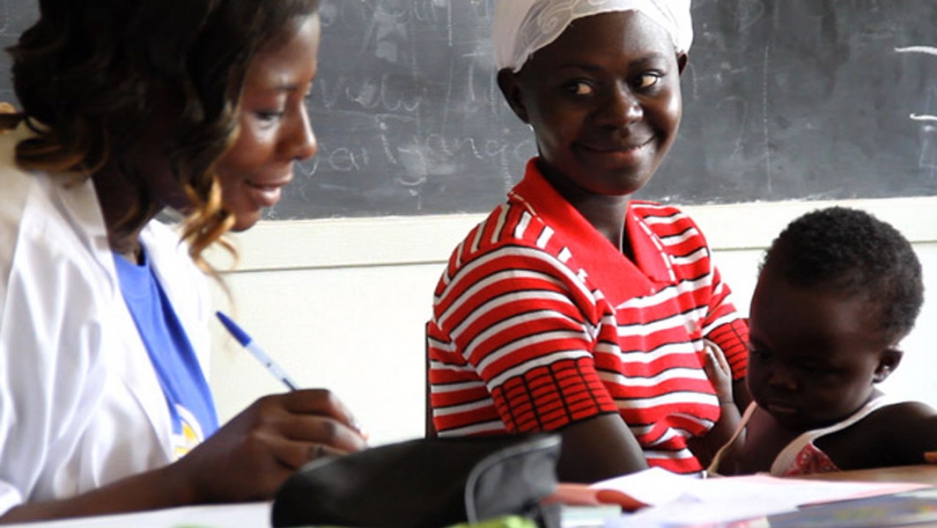 Last Thursday, the House Foreign Affairs Committee voted against striking the provision in the State Department authorization bill that would legislatively reinstate the global gag rule. All Republican committee members, and one Democrat voted against Ranking Member Howard Berman (D-CA)'s "motion to strike." The House Foreign Affairs Committee is due to mark up the State Department appropriations bill later this week, and the bill is poised to go to the House floor after the August recess.

GlobalPost spoke with Craig Lasher, the Director of U.S. Government Relations at Population Action International about the global gag rule, its history, and what making it a legislative policy will mean.

What's the history of the global gag rule? How is it different than the Helms Amendment?

The Helms Amendment was made a part of the permanent foreign aid law in 1973. It banned the direct use of US foreign aid for abortion services. So it referred to the direct use of any taxpayer dollars. The Mexico City policy, or the global gag rule as opponents tend to call it, was first announced at an international conference on population in Mexico City in 1984 by President Reagan. The global gag rule denies foreign nongovernmental organizations receiving family planning assistance, the right to use their own, non-U.S. funds to provide information, referrals or services for legal abortion or to advocate for legalization for abortion in their country.

The global gag rule was an executive branch policy that was enforced during the Reagan administration from 1984 to 1988 and then during George Herbert Walker Bush's presidency from 1988 until 1992. When President Clinton was inaugurated, one of his first acts as president was to rescind the policy, which he could do since it was not in legislation or the permanent law. During the 8 years of the Clinton administration, there was no Mexico City policy. When George Bush came into the office in 2001, one of his first acts as president was to reinstate the policy and again, in 2009 shortly after Barack Obama was inaugurated, he rescinded it.

It's a political football basically. It depends on which party occupies the White House at this point. Republicans putting the policy in place and Democrats rescinding it.

Why do you think this is such a hot button issue for the Republican party. Why do they believe that it needs to get reinstated every time?

There's much more a partisan divide than there used to be. To get the Republican nomination for president, you have to be anti-abortion. In order to get the Democratic nomination for president, you have to be pro-choice. So, there's this partisan split that's developed over the years. There's several executive branch policies that shift back and forth depending on who's in the White House. Unfortunately, that's just the way things have evolved politically.

As far making the global gag rule a legislative policy, how long has that been in the works?

When President Clinton rescinded it, for the first time, Republicans in Congress certainly tried to legislatively reinstate the policy. The first two years of the Clinton Administration were in some ways the glory days of international family planning. Funding went up dramatically, more progressive policies were put in place. That all changed when Republicans took control of Congress in 1995, and between 1995 and 1999, there were probably a dozen different efforts, dozen different votes in either the House or the Senate, to try and put a gag rule in place, legislatively.

The pressure gradually ramped up, and the global gag rule issue got tied to whether the U.S. was going to pay back dues to the United Nations, about a billion dollars. We got to the point that since we were so far in arrears, that there was a possible threat of us losing our vote in the UN General Assembly. Anti-abortion activists used that as leverage to essentially coerce President Clinton into signing off on a provision that was in the appropriations bill in 1999. That put in place, for one year, a waive-able, modified, version of the gag rule. It allowed the president to waive enforcement of the gag rule, but if he did that, it would result a reduction of the amount of funding available for family planning overseas. So, there's only been one year where one could say the gag rule has ever been legislated.

(More from GlobalPost: Challenges of Family Planning in Malawi).

Over the last couple years, when we had a Democratic president and a Democratic House and Senate, our side, attempted to enact legislation, the Global Democracy Promotion Act, that would put in place a permanent legislative repeal of the gag rule. We were unable to get that through Congress. Now that we have a Republican House, and a much more conservative Republican House, the other side is pushing the other position—to legislatively codify a global gag rule.

That's what we saw in the last few days in the markup of the State Department authorization bill from the House Foreign Affairs Committee.

Do you think this will get enveloped into the Senate's bill?

It seems as though, there's some thought on whether the House will take their committee- passed bill to the floor, not until September, not before the August recess. So we may have some floor votes on international family planning issues if that bill goes to the floor.

These issues will be a source of contention during the appropriations process, which in some form or another has to pass every year. The House is scheduled to do that mark up in subcommittee next Wednesday. Full committee markup the following week.

To a certain extent, one might look at the House Foreign Affairs Committee mark up of the State authorization bill as a way for the committee reassert its authority and prerogatives and lay down a marker in advance of the actions by the Appropriations Committee.

What exactly does the Mexico City Policy mean for non-profits and NGOs?

(More from GlobalPost: A Q&A with Sierra Leonian health officials about free healthcare).

When an organization refuses to get us funding, how does that impact them?

In a lot of cases, U.S. funds would be a major share of an organization's funding, so what we saw was clinics closing, cuts in service. Organizations, if they refused to be bound by the gag rule, weren't able to access US donated contraceptives and condoms. Without commodities you have no services for family planning. In cases where the U.S. funding was a major share of the budget, they obviously had pretty dramatic complications. Even if U.S. funding wasn’t a major share of the budget, it would force organizations to limit their activities, downsize, budget cuts, contraceptive stock outs.

Some of the organizations that refused to be bound by the gag rule, were a major, or the only, source of services in a number of countries around the world. Basically, the access to family planning in those communities ended. We don't have any sort of quantification per se, of how many clinics closed or how many women were denied services. Most of the information that we have on impact is anecdotal and not quantitative.

And, you said in an earlier statement, that most Americans support family planning abroad?