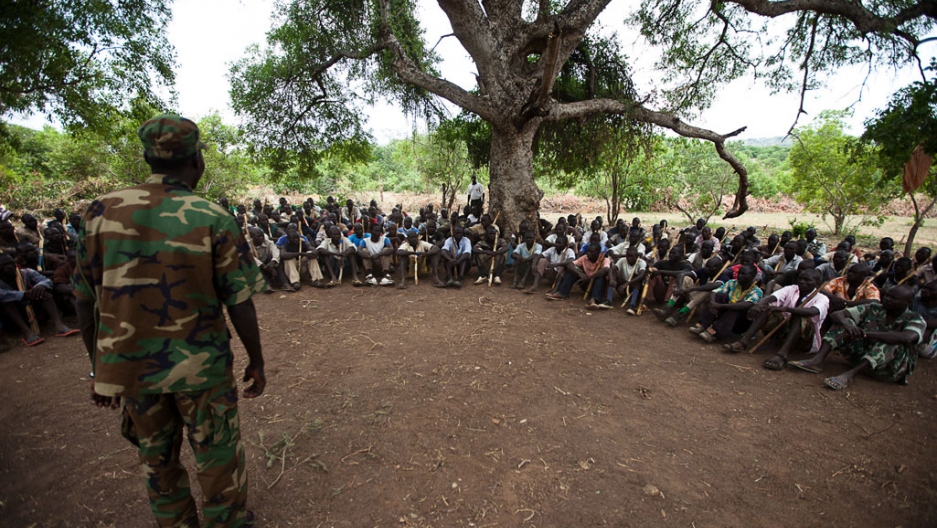 SPLA-North fighers in the Nuba Mountains of South Kordofan have reportedly been joined by anti-government forces from Darfur in the first sign of an alliance to overthrow the regime in Khartoum.
Credit: Trevor Snapp
Share

Darfur’s Justice and Equality Movement (JEM) announced that it had launched a joint operation with the Nuba fighters of the SPLA-North in South Kordofan against Khartoum’s army, marking the first sign that anti-government forces in Sudan might be uniting to oppose President Omar al-Bashir’s Islamist regime.

“Today, in a joint operation between JEM troops and the SPLA-North, we attacked SAF [the Sudan Armed Forces] camps in Pisea [16 miles] south of Kadugli,” said Al-Tahir al-Fatih, a JEM leader.

“We took control of the camps and the army withdrew,” he added.

In an interview earlier this month Abdel Aziz Al Hilu, the political and military leader of the SPLM/A-North said that establishing just such an alliance was a key aim.

“We want self-determination for all the Sudanese people, we are aspiring for unity of all the marginalised peoples, we are inviting the Blue Nile the Darfurians… to come under one umbrella and we defeat Khartoum,” Abdul Aziz told al-Jazeera.

Although internal disputes have weakened Darfur’s rebel movements JEM was responsible for an audacious, though ultimately unsuccessful, assault on the capital Khartoum in 2008.