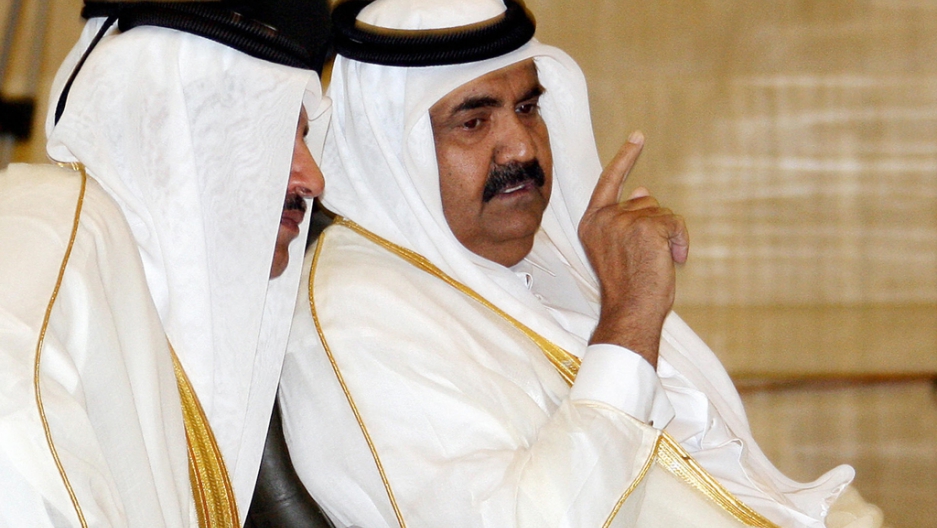 Relations between Syria and Qatar have soured so much that Qatar's Emir Sheikh Hamad bin Khalifa al-Thani has closed his embassy in Damascus
Credit: LOUAI BESHARA/Staff
Share

Beloved of all Syrians when covering Israeli aggression against Arabs, such as the famous live broadcasts of the onslaught on Gaza , Al Jazeera and its financial backer the Emir of Qatar have run afoul of regime supporters in Damascus.

Infuriated by what they see as Al Jazeera’s exaggerated coverage of the regime’s crackdown on protestors, pro-Assad mobs have twice attacked the Qatari embassy in Damascus in the past week, hurling tomatoes and rocks, just as they did at the US and French embassies a few days earlier.

Qatar and Syria had long enjoyed cordial relations, but recently Al Jazeera, the Doha-based satellite news channel with both Arabic and English versions, has come under strong criticism by the Syrian regime for its coverage of the popular revolt against President Bashar al-Assad's dictatorship.

Qatar’s emir, a Sunni Muslim, is believed to have turned decisively against the Assad regime in part when the majority Sunni Muslim protestors in Syria continued to be killed by Assad's security forces, which mainly, like the president, belong to the minority Allawite sect, an offshoot of Shia Islam.

In late April nearly 100 people gathered outside Al Jazeera's Damascus offices, accusing the channel of “lies” and of “exaggeration” in its coverage of the protests.
Official Syrian media regularly accuse foreign news services of using fabricated images and of not verifying their sources in their coverage of the uprising, which they claim is driven by “criminal gangs” and “armed terrorists.”

A resident of Damascus told Global Post he had noticed Al Jazeera’s logo painted onto the sides of skips across the city, seemingly in protest that Al Jazeera’s news was “rubbish.”

Economic relations between Syria and Qatar have also soured, to the tune of hundreds of millions of dollars of investment, including the cancellation of plans by a Qatari company to build two electricity-generating plants in Syria, among others.

Now Qatar’s ambassador to Damascus, Zayed al-Khayarine, has packed his bags and left Syria with the embassy suspending its work, an official from the Qatari delegation told AFP.