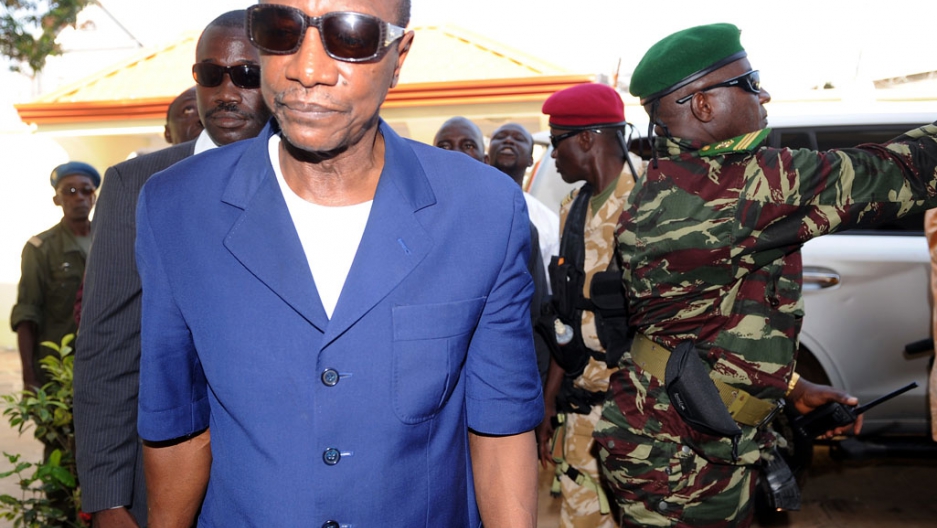 A gun battle raged around Guinea President Alpha Conde’s house early on Tuesday morning leaving at least one person dead and his residence riddled with bullets and the main gate blown off its hinges by a rocket.

Unknown gunmen launched the assault at around 3am local time with witnesses reporting that shooting went on until dawn. According to some reports at least one assailant was killed and another captured.

Later Conde, 73, went on state radio and television to reassure the population and quash any rumours of his death.

“My house was attacked last night but I congratulate the presidential guard who fought heroically from 0310 until 0500 before back-up arrived,” said Conde

“I urge you to remain calm and vigilant for the sake of national unity. I don’t want any popular reaction,” he said. “Allow the army and security forces to do their job.”

Conde was elected in December ending decades of dictatorship and military rule but his victory was marred by ethnic clashes between his supporters and those of his defeated opponent.

Guinea has a long and unstable history of coups and coup attempts, most recently in December 2008.

That coup installed a junta under Captain Moussa Dadis Camara which won infamy with the massacre of 150 people and public rape of women in a football stadium in September 2009.

Camara later survived being shot in the head but now lives in exile while another military leader presided over the run-up to November’s polls – the first democratic election in Guinea’s history – which were won by Conde.