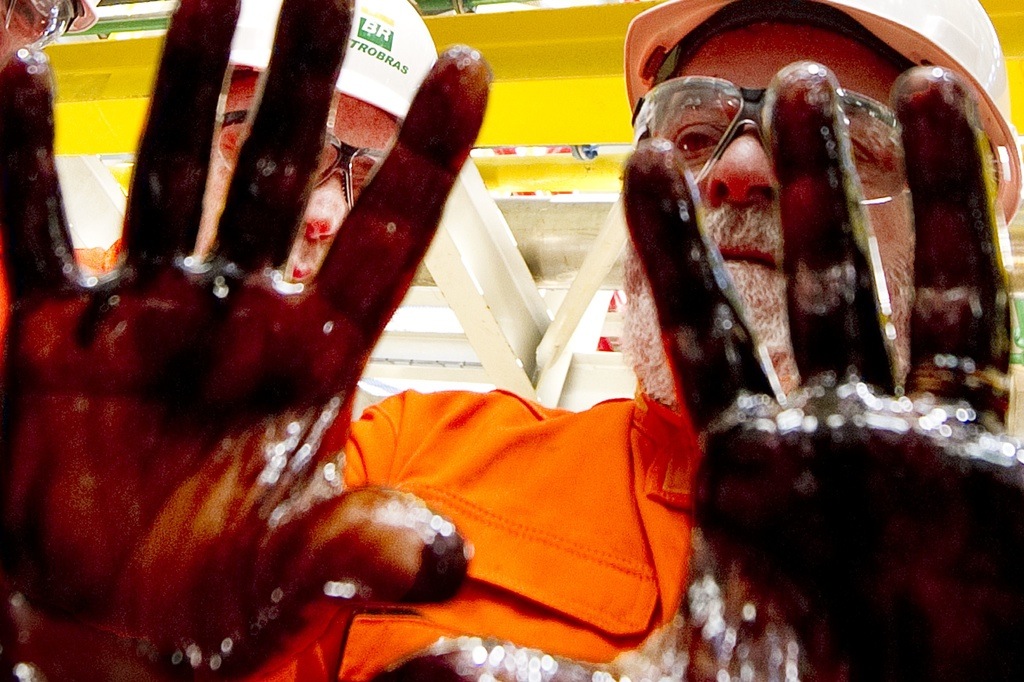 If oil makes the world go round, then Latin America is in good shape.

The region possesses 20 percent of the world's known underground oil reserves, and its share of the wealth has been growing in recently years.

Venezuela has even toppled Saudi Arabia as the country with the largest proven reserves, according to OPEC.

Latin America trails only the Middle East, which has 55 percent of global reserves, according to figures presented by the Latin American Energy Organization at a seminar in Ecuador last week.

So who exactly possesses all that Latin American oil?

1. Venezuela: With 297 billion barrels, Venezuela is the proud owner of 85 percent of the region's crude reserves, much of that in the Orinoco fields, considered to be one of the largest, mostly untapped reserves in the world. But Venezuela needs foreign investment to extract the tar-like heavy oil and convert it into a usable commodity. Venezuelan President Hugo Chavez has invested the money from the country's oil boom into anti-poverty programs and, in the process, solidified his political base among Venezuela’s poor masses.

2. Brazil: It's Brazil's “gift from God” — billions of barrels of undersea oil discovered off Brazil's Atlantic coast. More than 200 miles out to sea and several miles below the surface, the pools of oil are thought to be among the biggest discovered on earth in recent decades. With a possible 33 billion barrels in the Tupí oilfield and 12 billion in the Jupiter oilfield, Brazil now boasts 5 percent of the region's reserves. Extracting it will require multiple feats of engineering. Shifting ocean currents, near-freezing temperatures and crushing pressure on the sea floor all stand between drillers and the oil. But if the country succeeds, it stands to became one of the world's top producers, just ahead of Kuwait and behind Iraq.

3. Mexico: The third-largest supplier of foreign oil to the United States, Mexico could lose it capacity to export the commodity within a decade. Its proven  reserves have declined over the last 15 years and production by the national oil company is down 25 percent since its peak in 2004. But the country still has 4 percent of the region's oil thanks to the Paleocanal Chicontepec oilfield, estimated to hold more than 15 billion barrels of heavy oil. But the oil is "trapped in vast numbers of small, unconnected pools, and requires hydraulic fracturing to extract," reports the New York Times.

4. Ecuador: The Andean country holds 3 percent of the region's reserves, and its supplies have been growing in recent years. From 2007 to 2008, its supplies increased 63 percent, reported IPS. Between 2009 and 2010, its proven reserves went up by 1.8 billion barrels, according to the U.S. Energy Information Administration. The country is moving closer to extracting oil from fields in the Amazon, unless rich countries offer it compensation to leave the pristine lands untouched. The Yasuni National Park is estimated to hold 846 million barrels of crude — it's also home to more than 2000 species of trees and shrubs, nearly 800 types of birds, amphibians and reptiles and more than 160,000 species of bees and insects.

Statistics on oil reserves from the First Latin American and Caribbean Seminar on Oil and Gas, as reported by the Inter Press Service.