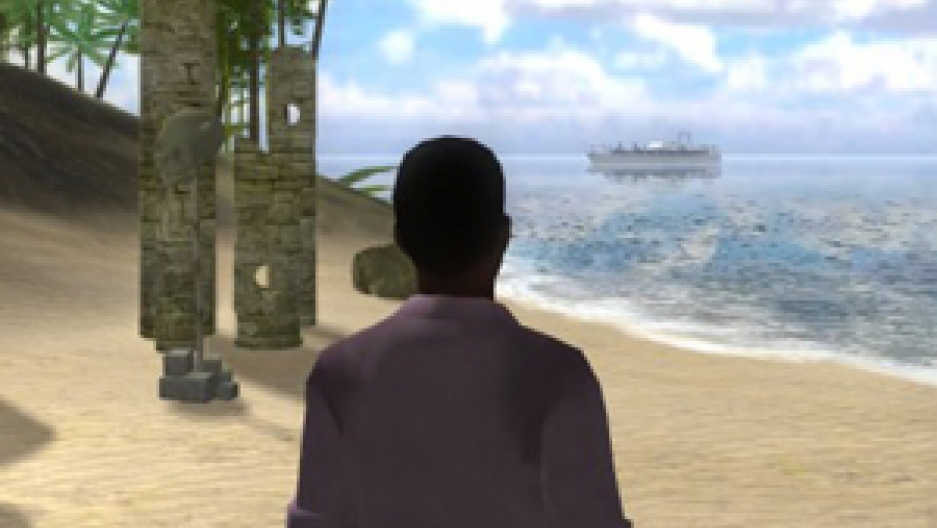 Story by Clark Boyd, The World. Use audio player above to listen to full report.

For the past few months, researchers at Roessingh Rehabilitation Center in the Dutch town of Enschede, have been testing Playmancer with a dozen patients of all different ages, to see if the game can add a bit of fun to the often boring healing process.

The game uses the same kind of motion capture system as those used in recent Hollywood films, and requires specialized equipment. To play, a user stands on a treadmill and wears a tight-fitting, full-body suit and cap covered with shiny little plastic knobs. A series of cameras around the room picks up users' movements, and collaborates with software to emulate nearly a full range of virtual motion.

The version of the game designed to help mental disorders tries to get players to break the bad thought patterns that lead to eating or gambling disorders. The game play demands that players slow down, breathe and think carefully about their next move.

"You're like this Indiana Jones type," says Jeppe Nielsen, one of the lead developers of Playmancer at Serious Games Interactive in Copenhagen, Denmark. "That puts the player in a positive, pro-active role -- sort of, I want to do this, I want to explore stuff and find stuff."

The Playmancer trials in Spain and the Netherlands are just finishing up. Researchers and game developers alike will be taking a close look at the data in the next few months. They hope to feed what they have learned back into version 2.0.