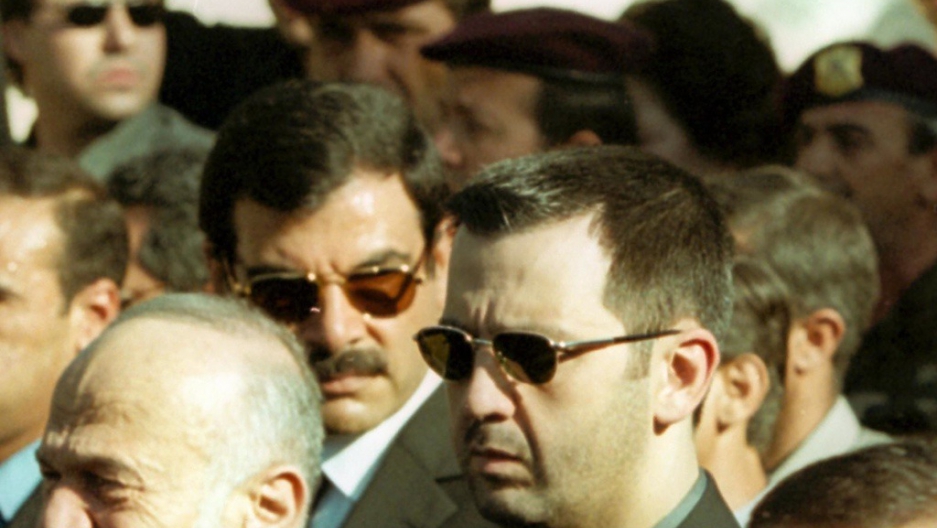 BEIRUT, Lebanon — Described as the country’s “thug-in-chief,” Maher al-Assad has become the de facto power in Syria, leading his elite troops around the country to kill protesters threatening his family’s 41-year-old dictatorship even as his elder brother, the president, continues to pledge reforms.

“He’s the one doing the regime’s dirty work. He plays the Rifaat role from the 1980s: the nasty guy of the regime,” said Radwan Ziadeh, director of the Damascus Center for Human Rights Studies and a visiting scholar at Harvard University.

In 1982, Rifaat al-Assad, former President Hafez al-Assad’s younger brother, led a military assault on Hama to crush an uprising by the Syrian Muslim Brotherhood, killing between 20,000 and 30,000 people, one of the worst atrocities committed by an Arab regime against its own people.

Since the uprising began in mid-March, President Bashar al- Assad has made just three public addresses, the first was to take the applause of the regime-appointed parliament on March 30 before lecturing his newly appointed cabinet a few days later.

In a speech at Damascus University on June 20, Assad pledged again to make reforms that would allow for multi-party politics in Syria, the same pledges he made in 2005, but also warned that the nation had been over-run by 64,000 “outlaws” who were driving the uprising.

It is against those “outlaws” — or, as officials have variously described them, the “saboteurs,” the “armed criminal gangs” or the “salafist” or “takfiri” extremist Muslim groups — that Maher, presumably, believes he is battling.

Maher is the commander of the Fourth Division, which is made up of elite, highly-trained and well-equipped soldiers from the minority Allawite sect, an offshoot of Shia Islam to which the Assads and the majority of the regime’s elites belong.

Maher has led assaults on Daraa in the south, to the coastal city of Banias, through the central province of Homs and most recently to the north, driving thousands of terrified residents into Turkey.

The destruction wrought, according to eyewitness accounts and videos, has been brutal: Dead bodies piled into trucks or left to rot on the streets, homes, schools and mosques destroyed by tank shelling, crops burned and cattle killed.

Security forces on Friday, four days after the president promised a general amnesty for prisoners detained in the crackdown, again opened fire on protesters across Syria, killing at least 20 and taking the death toll from the three month uprising past 1,600.

The regime rejects the figure, saying 500 members of the security forces have been killed in an attempt to crush an armed rebellion by gangs and religious extremists.

Maher, 42, is also commander of the Republican Guard, responsible for protecting the capital and, analysts say, wields considerable authority over Syria’s vast network of secret police and pro-regime thugs.

With three quarters of Syria’s population Sunni Muslims and the majority of its army Sunni conscripts, some of whom have defected in recent weeks, the regime has relied on the loyalty of its Allawite generals, and particularly Maher’s troops, in its fight for survival.

Now residents of Deir Ezzour, a sprawling Sunni tribal city on the banks of the Euphrates near the border with Iraq, fear they will be next.

Military forces have been building up around the perimeter of the city, which for the past month has seen massive anti-regime demonstrations, with protesters burning offices of the ruling Baath Party, tearing down pictures of President Assad and destroying a statue of Maher’s much-loved, deceased elder brother.

At least two protesters were killed in Deir Ezzour on June 17 when secret police opened fire on demonstrators as they attempted to tear down one of the last posters of President Assad.

Rights activists fear any military assault on Deir Ezzour will likely result in large numbers of casualties as the city’s tribal residents will likely fight back using arms smuggled across the border from family members living in Iraq.

U.S. officials recently disclosed that they were studying whether war crimes charges could be brought against members of the Syrian regime, as well as extending sanctions to target the country’s oil and gas sector, from which the regime draws a large amount of its finances.

First among any Syrian official accused of war crimes will likely be Maher al-Assad, already under U.S. sanctions for his role in the crackdown and who most Syrian analysts believe has been instrumental in the decision to use lethal force against the unarmed protesters.

Many Syrians have no doubt who is responsible for the viol

On April 8, when 25 unarmed protesters were killed in Daraa, protesters directly blamed the Fourth Division. “Hey Maher you coward, take your dogs to the Golan,” the enraged crowd shouted, referring to the Israeli-occupied Syrian Golan Heights.

Maher’s ability to inspire fear and loathing has generated a dark legend around himself and his men.

“They dress in black and are large and muscular,” said one resident of Daraa, speaking of Maher’s men. “They have a red stripe on one shoulder. I’ve seen them at night and members of my family have described them to me.”

While his elder brother, the president, was often described as a quiet, shy child, Maher was always seen as closer to Bassel al-Assad, the dashing and fiery elder brother who loved horses and fast cars and who was destined to be president before ploughing his Mercedes into a roundabout in a high speed and fatal crash in 1994.

When Bashar went off to study as an eye surgeon for two years in London, a profession he told Vogue he chose because “it’s almost never an emergency and there is very little blood,” Maher followed Bassel into the military, taking over the Republican Guard after Bassel’s death and inheriting Rifaat al-Assad’s Fourth Division.

Maher’s name came to international attention in 2005 when he was named in a U.N. investigation as one of the regime’s circle of power allegedly involved in the assassination of Lebanese Prime Minister Rafik Hariri.

Less well known was his alleged role in the massive embezzlement and fraud that brought down Lebanon’s Bank al-Madina. Fortune Magazine reported that Maher received kickbacks from a scheme to launder an estimated $1 billion from Saddam Hussein’s oil-for-food scandal.

“Maher is increasingly notorious for his personal greed and complicity in corruption,” wrote Flynt Leverett, a Syria expert and former CIA analyst.

In a family often likened to a violent mafia — in 1999 Maher reportedly shot his brother-in-law Assef Shawkat, now deputy head of the army, in the stomach when Shawkat dared to criticise Rifaat — Maher appeared a moody, unstable character to those who knew him.

“He was a bad tempered guy, shy and polite, but at the same time when he got angry he was scary and did not make sense,” said Maher al-Assad’s sister-in-law, Majd al-Jadaan, who now lives in exile in Washington. “He is a very stubborn man and there is no way to make him change his ideas.”

Jadaan, 48, whose sister Manal, 41, is married and has two daughters with Maher, was forced to leave Damascus in August 2008 after years of arguments with Maher.

“I never believed a word of what they say,” said Jadaan, who founded the Syrian International School, which was closed down when she was forced out of the country.

“Though there was a time where I tried to work according to their way of thinking, I could not hold on for long. I knew that no one can talk about nationalism and cause this much harm to my country.”

Jadan confirmed that a recently released video showing a chubby man in a tracksuit standing among uniformed soldiers while taking photos of dozens of mutilated corpses is indeed Maher.

“He was always a mysterious man, the kind that gives you the feeling he would love to hide who he is inside his heart. He never gives you a solid answer about anything and also never shows his real intentions,” she said.

“When I saw the video I was shocked and I cried for two days, not believing the other side of him, the hidden personality, the one I could sense but tried to deny all those years.”

But having inspired fear for decades, a name once dared only to be whispered is now chanted in regular abandon by protesters on Syrian streets.

“Ya Maher, subrak, subrak! Qatana am tuhfour abrak!” chant the young protesters on a video apparently shot in Qatana, 15 miles west of Damascus, during a protest on June 17.