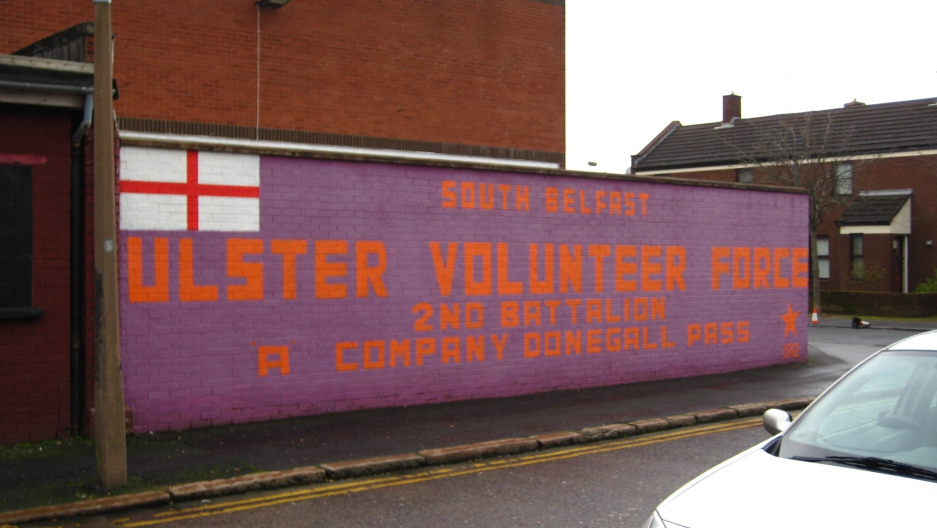 Two nights in a row of riots in Belfast, Northern Ireland — the most intense such violence in several years — are largely being blamed by authorities on members of the Ulster Volunteer Force (UVF), the Guardian and other news outlets report. In 1994 the UVF and other Protestant paramilitary groups, including the Ulster Defense Association (UDA), agreed to a cease-fire declared by the IRA. However, according to the Encyclopedia Britannica, "disagreement within the UVF over the cease-fire led to a split in the organization and the formation of the Loyalist Volunteer Force, which began its own campaign of violence. In May 2007 the UVF renounced violence and pledged to end its armed campaign." (Kristian Hildonen)
Credit: Kristian Hildonen
Share

Catholic and Protestants rioters threw rocks, fireworks and petrol bombs, and a press photographer was shot in the leg.

GlobalPost's Conor O'Clery writes that the sudden eruption of street riots in Belfast has shocked those who thought Northern Ireland had entered a new era of peace and reconciliation.

Kristian Hildonen took these photos of murals in Northern Ireland during a visit in March.

The AP filed this video report on the latest violence.