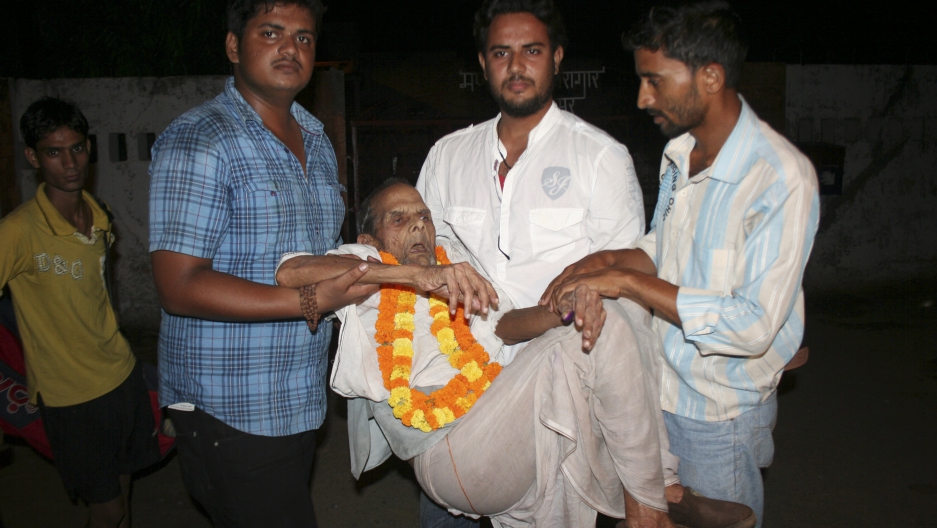 A convicted murderer who was the oldest prison inmate in India was released from the Gorakhpur jail this week at the age of 108, according to BBC News.

Brij Bihari Pandey, a Hindu priest, was serving a life sentence at the prison in the northern state of Uttar Pradesh for the murder of four people when he was 84 years old. The prison released Bihari on humanitarian grounds.

In 1987, Bihari and 15 others, including nephews and other family members, killed four people in Maharajganj over the appointment of a rival as the chief priest of a Hindu temple. The trial dragged through the courts for more than 20 years, until he was sentenced to life in prison in 2009, the Sydney Morning Herald reported.

Bihari's health had deteriorated in jail, where he was mostly bed-ridden and frequently had to be rushed to the hospital, BBC News said.

An application was made to release him by prison authorities on grounds of age-related infirmities and illness, according to the Sydney Morning Herald.

Bihari was unable to walk, but as he was carried out of the jail by his relatives, he hugged fellow inmates, who placed a garland of flowers on him. According to prison officials, he smiled and said, "God is great. Thank you."

His family said he was unable to recognize his home and relatives, he could barely hear and he spoke only in monosyllables, according to Daily India.