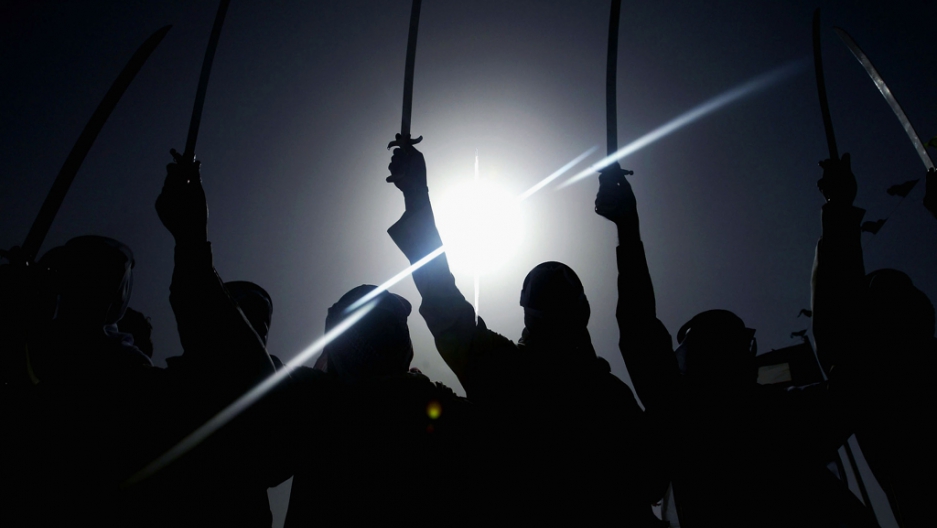 KUWAIT CITY, Kuwait — As people across the Middle East took to the streets demanding their rights this spring, they were joined by one group in Kuwait who have no rights at all. The stateless Bidun came together after Friday prayers in February and March demanding citizenship, official documents, education, health care and work. Security forces met them with tear gas, water cannons and sound bombs, detained dozens and held some for weeks.

While the Biduns’ outcry got little media attention compared with the dramatic events elsewhere, it was a turning point for a group that has waited for recognition for half a century. Bidun — from the Arabic phrase “bidun jinsiyya,” without citizenship — are people, most of them from nomadic origins, who lived in Kuwait for years but didn’t register for citizenship before 1960, when the country’s major citizenship registration drive ended.

Some were illiterate and nomadic and couldn’t provide needed documentation, while others simply did not hear about the citizenship drive or understand the stakes. And the stakes only became clearer later when surging oil wealth created a huge gap between them and citizens, who got state largesse. The Kuwaiti government began calling the Bidun “illegal residents” in the mid-80s after treating them as potential citizens and granting them the same access to social services during the two preceding decades.

Their families have been paying the price ever since.

“[Kuwaiti citizenship is like] some sort of club,” said Talal, a young Bidun man. “Whoever didn’t get in at the right time ... that’s all there is to it.”

Bidun scrape by on the margins of one of the world’s richest societies. Rather than recognizing their rights, the government offers some handouts — help with tuition fees, discounted medical care, access to a small pool of jobs designated specifically for Bidun, and most recently ration cards.

International law considers nationality a fundamental human right, as it serves as the gateway to other human rights. Kuwait, like other countries that have signed international human rights conventions, is obliged to avoid creating statelessness through restrictive or discriminatory citizenship laws and to consider whether a person would otherwise be stateless when evaluating citizenship claims.

But many Kuwaitis instead consider nationality a privilege, asserting that the Bidun became stateless through their own choices — a mythology that plagues stateless populations around the globe. Kuwaiti citizens told me that the Bidun are nationals of other countries who tore up their passports to take advantage of Kuwaitis’ many social benefits, including free education at all levels, virtually guaranteed employment and housing grants.

Talal and many of the other young Bidun described not only the obstacles they faced in getting education, health care and jobs, but the stigma that come with being Bidun in Kuwait. Bidun attend private schools that serve them almost exclusively and that lack the resources of the free government schools that Kuwaitis attend. Bidun students cannot attend Kuwait University and many cannot afford the tuition at private universities. Even when their families can afford to send them abroad, passports are a problem. The government regularly denies Biduns’ applications for civil documentation, including birth, marriage and death certificates.

Even educated Bidun are denied most jobs in both the government and private sectors. Many Bidun families I interviewed for a new report on their status live in extreme poverty. Um Abdullah, an elderly Bidun widow, told me that her family of seven depended on the $360 monthly salary of her oldest son, Abdullah, who drives a bakery delivery truck.

In May, Kuwait became a member of the UN Human Rights Council, stepping in when it looked like Syria might otherwise gain a seat. As a member, Kuwait should uphold the highest standard of human rights in its own country. Yet current attempts to gloss over the Bidun’s situation by pointing to grants and handouts don’t change the underlying fact that the government has failed to provide timely and transparent review of their claims to citizenship. If the Bidun need help, it is because the government has forced them into a situation in which they can’t help themselves.

At a time when people across the region are doing whatever it takes to achieve their rights, Kuwait’s government should recognize that creating disinformation campaigns or providing stopgap solutions won’t suffice. In recent months, government officials have announced promises of free health care, education for all Bidun children and increased access to jobs, but these would be gifts that can be taken away at any time. It’s time for the government to recognize that even the stateless have rights, and to end statelessness in Kuwait altogether.

Priyanka Motaparthy is a Middle East researcher at Human Rights Watch, and the author of a new report on the Kuwaiti Bidun.