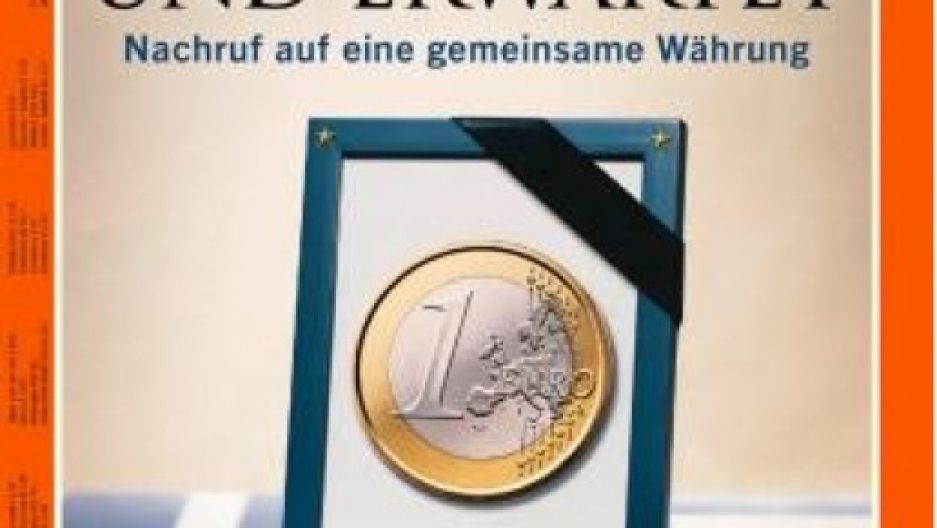 It's been another rough day in the euro zone thanks, yet again, to the ongoing debt crisis in Greece.

The move follows seven hours of testy talks in Luxembourg, and plenty of recent unhappiness in Greece.

The delay will no doubt create more problems for the beleagured Greek goverment.

It's also a bit unexpected, as Greece needs the money by mid-July to stave off default. Europe now wants the Greek Parliament to first pass spending cuts and financial reforms.

But as this latest drama plays out German weekly magazine Der Spiegel isn't waiting around.

It has already declared the euro dead.

Monday's cover shows a coffin draped by a Greek flag and a photo of the unhappy euro, and comes with a screaming title that translates to "Sudden and Expected — Obituary for a common currency."

Here's how the Keep Talking Greece blog translated the rest:

"The Euro chains together national economies that do not fit together. However the politicians bet on more new programmes. This is the wrong way.”

Furthermore, DER SPIEGEL believes that "Europe is threatened economically and technically and as historical experiment, it has already gone bankrupt. It concludes that “the citizens, especially the young ones, do not know what to do with the EU” that they are unhinge with what the governments do with their money and that millions of them take out to the streets."