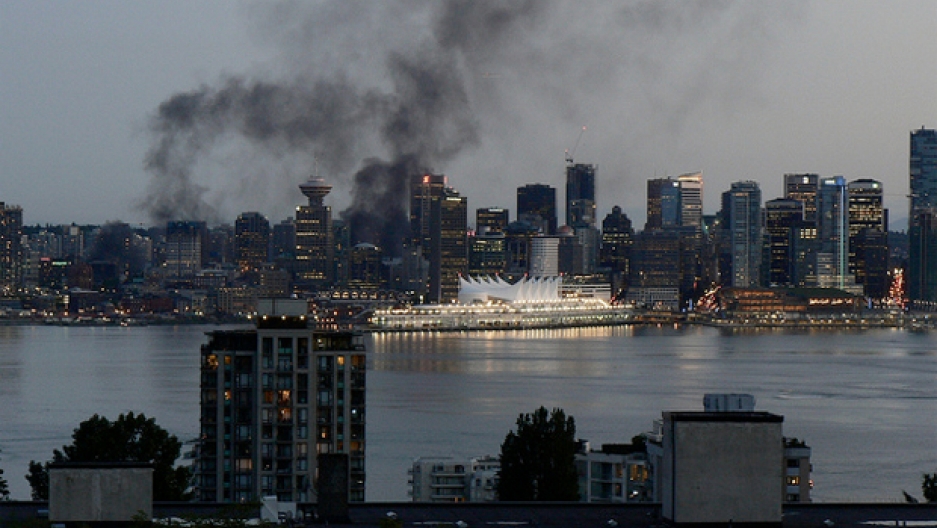 Share
I woke up this morning to find myself back in 1994. No, I haven't discovered the secret to time travel. I'm just experiencing a profound feeling of déjÃ  vu today. Just like that June day 17 years ago, I'm mourning the Canucks loss in Game 7 of the Stanley Cup finals. But it isn't the repeated sporting loss that has me remembering 1994. It's the embarrassment I'm feeling about being from Vancouver. I'm embarrassed that my city is in the news this morning because of angry drunken people rioting after the game. People took to the streets last night and they set cars and garbage cans ablaze and smashed windows. And they showered giant TV screens with beer bottles and danced on overturned vehicles. And I've seen it all before. This is what happened when the Canucks lost in 1994 to the New York Rangers. Drunken rioters took the streets on that June night for some post-game looting and burning. Yes, it hurts to lose. I'm a Canucks fan and I was heartbroken to watch last night's game. The Canucks have had a great run and it looked like this was their year to win the Cup. But it wasn't meant to be. And when the game was over the Canucks players shook hands with the Bruins players and congratulated them on their victory. I saw Bruins goalie Tim Thomas stop to offer warm words and a pat on the shoulder to Canucks goalie Roberto Luongo. It was a dignified end to a hard-fought series. When the riots happened all those years ago, Vancouverites were shocked at the violence and destruction. But it is not 1994. We can't be shocked anymore. In Vancouver, losing a hockey game is an excuse for some people to destroy property and steal things. I'm sad we lost the game. I'm embarrassed we haven't learned to lose with dignity.