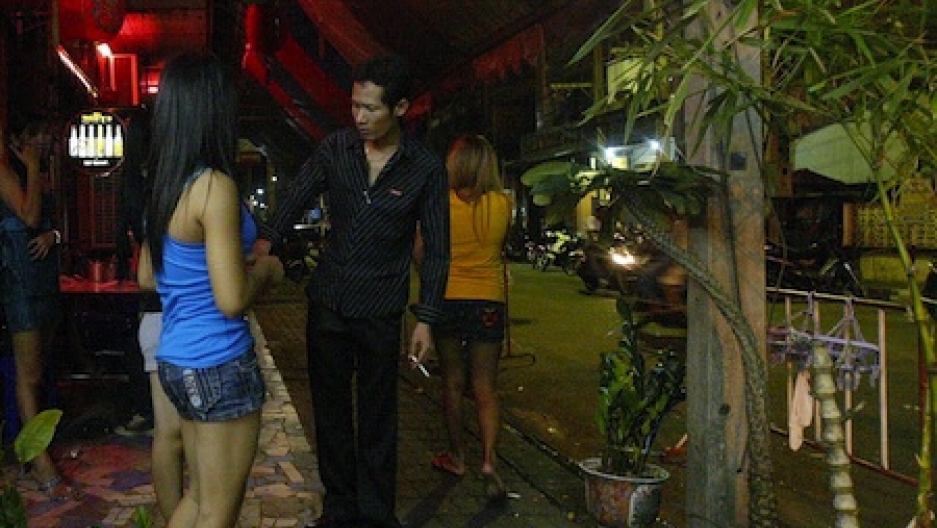 Cops in the Muslim-majority nation's conservative north are catching flak for chaining up women charged with prostitution and marking their heads and chest with an X.

Some headlines have screamed that the women were "cattle branded." This phrasing draws from an opposition lawmaker's condemnation of police who "branded the detained women as though they are cattle." This could infer marking with a hot iron, though this doesn't appear to be the case.

Regardless, at least one rights group and some in parliament insist their treatment amounts to abuse.

Nearly 30 suspected sex workers, working in a "high-end" club, were busted in a sting and then shackled to each other with a long chain, the AP reports. That the women were foreign -- Chinese and Vietnamese -- also suggests the club serviced well-to-do men who could afford the higher prices typically charged for non-local women.

The cops' defense? The women were evading arrest by changing into their street clothes amidst the chaos of the bust, a police chief told the Straits Times.

And according to local media reports picked up by AP, the sex workers were so elusive that cops had to hang out at the club undercover for an entire week.