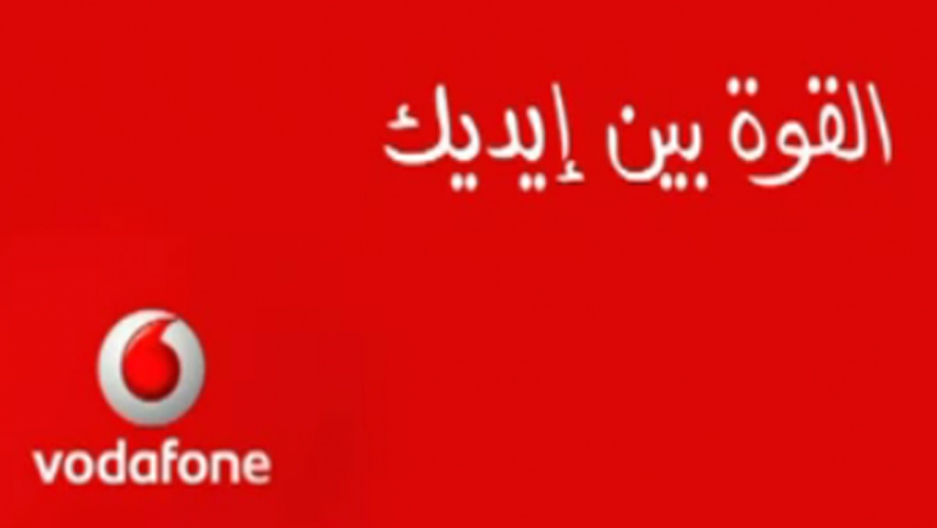 The tag line for Vodafone Egypt's January 1 video ad campaign is literally "Power in your hands." Another marketing video released on June 1, which included part of Vodafone's ad, sparked controversy among Egyptian activists who thought the phone company was claiming credit for Egypt's revolution.
Share

A marketing video apparently boasting about a telecommunication company's role in Egypt's recent revolution sparked outrage in the country's vibrant blogosphere today, as young activists blasted the same firm for participating in a media blackout in January.

The 3-minute video, which first appeared on YouTube on June 1, was initially assumed by many to be an advertisement produced for Vodafone Egypt, a local division of the England-based communications giant.

Title cards at the beginning and end of the video, which is underscored with dramatic orchestral music, seem to imply that a Vodafone ad campaign launched earlier this year played a part in Egypt's 18-day revolution, which toppled the regime of Hosni Mubarak on Feb. 11.

The original Vodafone ad campaign, "Power to You", launched on Jan. 1 and was embedded within the 3-minute video released yesterday.

"We did not start the revolution," reads one of the cards in the video. "We only reminded Egyptians how powerful they are."

Egyptian activists decried Vodafone's apparent attempt to take credit for the revolution in the video.

Many in the Arab world's most populous nation are still furious that the big three mobile operators in the country — including Vodafone — cut communications on Jan. 28, Egypt's original "Day of Anger."

Most cell phones and internet access in Egypt stopped working for about a week in January and February, following orders by the Mubarak regime to seal all lines of communication.

"Hey @vodafoneegypt, my friend bled to death on #Jan28 — the day which your ad inspired — cuz we couldn't call a fucking ambulance!" asserted one not-so-subtle Egyptian Twitterer.

One blogger called the video a "marketing flop" and "nothing short of despicable."

Vodafone Egypt denied preparing the video and scrambled to defend itself in a public relations blitzkrieg on its Twitter account all day on Thursday.

The company issued a brief statement, also posted on Twitter, saying that they had no connection to the video "and had no prior knowledge of its production or posting on the Internet."  Vodafone added that the video was produced by J. Walter Thompson, a prominent advertising agency with an office in Cairo.

JWT apologized on Twitter, saying the video was meant to be for internal use only.

But for Vodafone Egypt, which was recently absolved of paying fines for the January communication shutdown in a recent court ruling, the damage may already be done.

One Egyptian blogger wrote, "If I were a Vodafone customer, I promise you I would've switched networks."