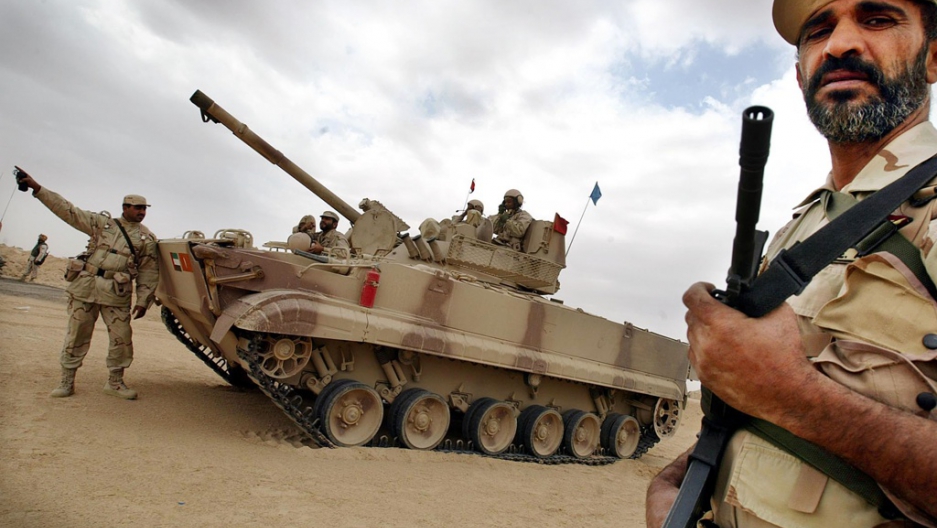 The Gulf Cooperation Council, which is kind of like ASEAN but is looking more and more like NATO, is thinking about increasing the number of troops in the group’s joint military force, which is known, rather apocalyptically, as the Peninsula Shield.

The GCC said bolstering the ranks of this shared army would help the countries that belong to it — Saudi Arabia, the United Arab Emirates, Bahrain, Kuwait, Oman and Qatar —defend themselves from “external” threats.

How about its own people? Will a larger shared military be used to more effectively douse popular uprisings like the one that took place in Bahrain in March?

Just as a protest movement In Bahrain was gaining the kind of momentum that toppled Egypt’s Hosni Mubarak the month before, the Gulf Cooperation Council issued a mandate to send almost 2,000 troops into the tiny little country to protect institutions belonging to Bahrain’s government.

It was a show of force that made its point clearly — The Bahraini people marching in the streets were up against something much larger than its own government.

On March 14, around 1,200 Saudi troops entered Bahrain, followed by 500 United Arab Emirates policemen. The next day, a state of emergency was called and the day after that, Bahraini security forces began, as an official statement put it, “the cleansing” of Pearl Roundabout.

The majority of Bahrain’s population is Shiite, while its monarchy is Sunni. But, while the protests were not sectarian, Saudi Arabia and others worried they might result in a shift in power in Bahrain from Sunni to Shiite, which could bode well for Iran.

So they sent in the Peninsula Shield.

Dozens of protesters were killed in the crackdown and hundreds more imprisoned. Wounded protesters were arrested at the hospital, which was commandeered by Bahraini security forces. Just last month, a military court in Bahrain sentenced four protesters to death.

The possibility of expanding the Peninsula Shield was discussed during the group’s 30-year anniversary party.

“The expansion of the only Arab alliance that has survived successfully for almost 30 years should yield great results,” said Secretary-General of the GCC, Abdullateef Al-Zayani.

“The GCC has also made much progress in giving better life to their nationals compared to other countries,” he added.