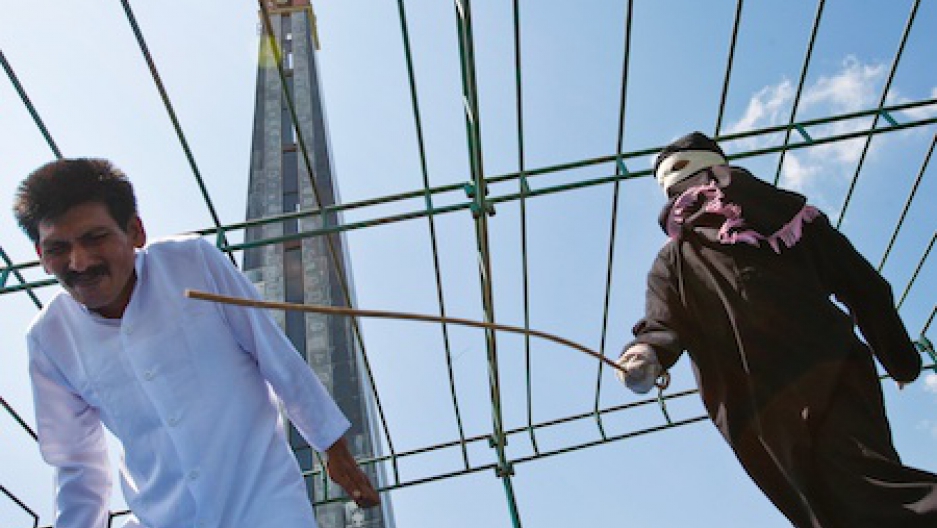 A man arrested for gambling is struck with a cane six times by an executioner during a public caning at the compound of a mosque in Aceh Besar on January 29, 2010. The man was arrested for gambling while his three companions escaped. Aceh province has a special autonomy and it has defined itself as apart from the rest of Indonesia by implementing Shariah law and creating a religious police.
Credit: CHAIDEER MAHYUDDIN
Share

Boozers and gamblers in Indonesia's most fundamentalist province are sometimes punished with more than a hangover and empty pockets.

Offenders risk painful whacks with a rattan cane. And the whole town is invited to watch.

But Amnesty International says the canings can "constitute cruel, inhuman or degrading treatment and often amount to torture.” According to the human rights group, Aceh authorities have set off on a caning spree, lashing 21 people in recent weeks while only lashing 16 people all of last year.

Provincial clerics' response? Amnesty just doesn't get Islam. And it selectively picks on Muslim-majority Aceh instead of Singapore, which also practices caning, or abuses committed by Israel or France against Muslims.

Besides, one scholar told the Jakarta Globe, the punishment is only applied to Muslims.

"It is their right to criticize," he told the Globe, "but as long as they do not seek to understand Shariah, they will continue to criticize something they know little about.”