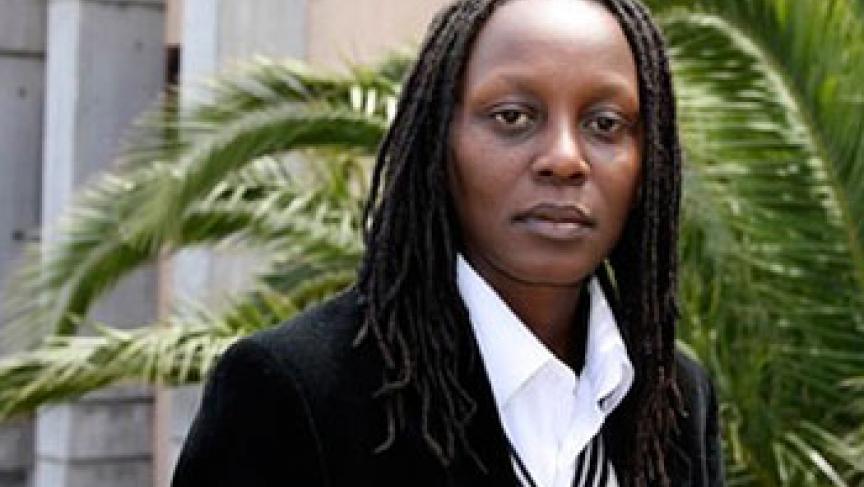 Share
By Dennis Porter A controversial bill in Uganda that that called for the death penalty for homosexuality failed to make it out of parliament Friday. That means the bill is essentially dead, for the moment. The bill had been scheduled for debate, but the session ended without it coming to the floor. Kasha Jacqueline Nabagesera said she's thrilled. "There's a party tonight at my bar, tomorrow at my house, and we're going to celebrate," she said. Nabagesera owns one of the few gay bars in Uganda. She's also a gay rights activist in a country where the vast majority of people condemns gays and lesbians. "We are human beings. Why would you hang me for being who I am? I'm not hurting anyone," Nabagesera said. Conspiracy Another woman, who goes by the name Nash, said she was kicked out of school for being a lesbian. Later, she had to quit her job after her picture was published in the newspaper. Nash said many Ugandans believe rumors that homosexuality is a western plot; for instance, that foreign gay rights groups pay locals to become gay. "They find it un-African," Nash said. "I hear that we are dirty, we are everything bad you can think about." Beliefs like that helped lay the groundwork for the anti-gay legislation. David Bahati, a member of parliament who sponsored the bill, said even though it didn't pass in this session, it's been a success. "We have done enormous work in terms of bringing this issue to the national debates," Bahati said. "I believe that the state has a responsibility to protect society from any danger, including that of homosexuality." Protests The US and several European countries have strongly condemned the legislation, and some have threatened to withhold aid if it were to pass. The bill has received a lot of international attention. But here in Uganda, it didn't even merit coverage this week in the major newspapers. Ugandans have been more focused on protests against rising food and fuel prices that have been slowly growing over the past month, led by the country's main opposition leader. Thursday, on the day President Yoweri Museveni was sworn in for his fourth term, the protests turned violent, as police clashed with opposition supporters in the capital. There's been speculation the government had been trying to pass the anti-gay bill to rally support. But with the bill failing to get out of parliament and protests starting to build, that doesn't seem to be working. And while gays and lesbians in Uganda are celebrating tonight, they're well aware the issue is far from over. David Bahati said he plans to re-introduce the bill in the next parliament.