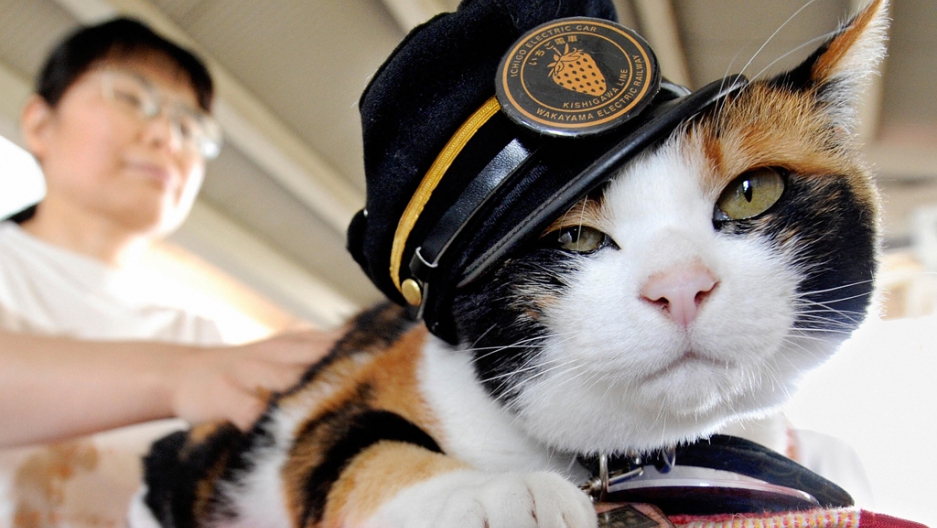 As we've learned, Japan is into enhancing what the human body can do. (See yesterday's innovative kissing machine.)

Today's installment of "What will Japan think of next?" is of the more adorable variety.

A company called Neurowear has invented a set of furry cat ears that, when you wear them, can read and express your state of mind.

The ears — referred to as "necomimi," which is a combination of the Japanese words for cat and ear — sit atop a headband that uses sensors to read your brainwaves, reports Popsci, a website covering science and tech news. They are the latest fashion trend in Japan, according to the site.

As you can see in this video, the cat ears stick up straight when you're focused on something and lay down flat when you're at ease.

According to the Neurowear official website, "If concentration and relaxing time comes at the same time, your new ears rise and move actively."

Even if you don't voice your thoughts, the ears will express how you feel. The website describes how the groundbreaking nature of their invention might take a little getting used to.

"In the beginning, people may feel strange, however people are getting accustomed to control their new ears by brain waves if they keep using. At this moment, necomimi can be part of your body."

In this case, it's being used for fashion, but on a more serious note, Popsci point out "it is a step toward the sort of science that may help people whose health problems make communication difficult."