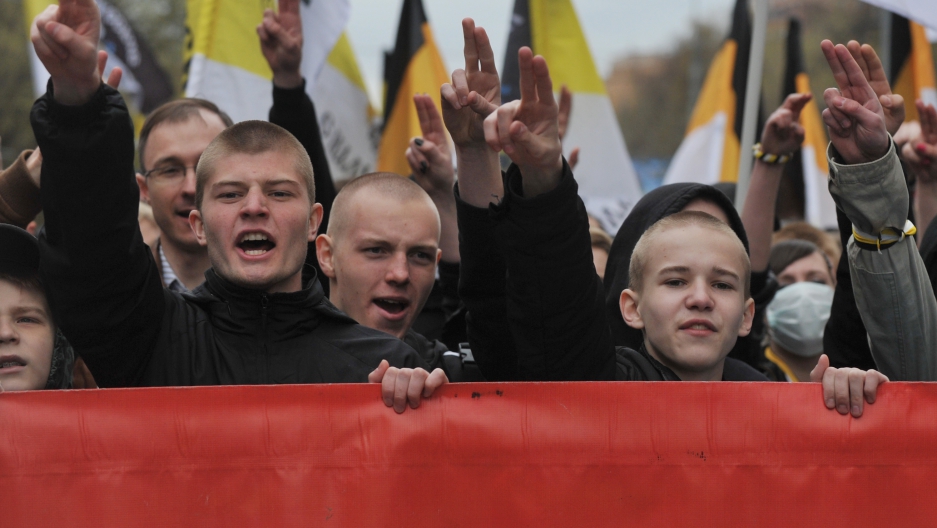 The group's creation comes three months after the Movement Against Illegal Immigration (known by its Russian acronym, DPNI) was banned by a Moscow court in February on grounds that it was extremist. According to Demushkin, who formerly headed the Slavyansky Soyuz (Slavic Union), another nationalist movement, the group is superorganized – with everything from a high council to a “superior court of honor.” It includes members of the DPNI, including its former leader Alexander Belov.

The creation of the new movement comes amidst rising nationalist sentiment in Russia, where racism already runs rampant. The feeling was best encapsulated, and strengthened, by the gathering in December of thousands of nationalists outside the Kremlin’s walls.

Russia’s leaders, who have been known to employ mild nationalist rhetoric as a populist ploy, seem at a loss for what to do. Following the Kremlin riot (on a square called Manezhnaya), new Moscow Mayor Sergei Sobyanin said: “The Manezhnaya phenomenon, this is not politics, but teenage hoodlums and those who stand behind them – this is extremism.”

The new organization’s name is significant. The Russian language includes several words to describe those living in Russia. The organization chose “Russkiye,” a word that means ethnic Russians (defined as Slavic, Orthodox Christians), rather than Rossiyane, which means citizens of Russia, regardless of ethnicity (in Russia, religion and ethnicity are inexorably intertwined).

** This post has been updated to correct Demushkin's affiliation.