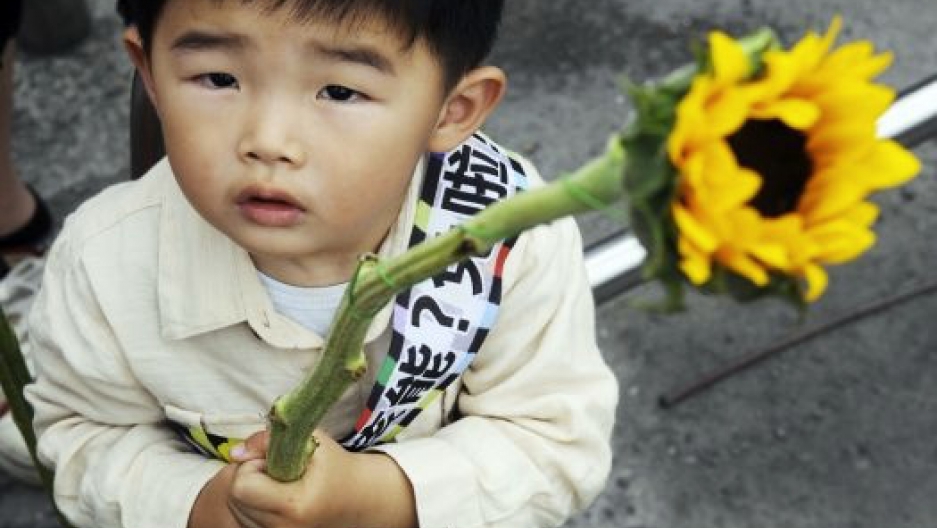 NEW YORK — Why did the only country to endure the mass death and radiation of atomic bombs have to experience the worst peacetime nuclear horror?

In Japan, my home country, we have gone from Hiroshima to Fukushima. We have seen the mushroom clouds and the wastelands of 1945 on black-and-white film. And now we have seen, over and over and in full color, the four crippled reactors in Fukushima, an ongoing threat to human life.

More than seven weeks after March 11, the death toll stands at 14,616 with 11,111 still missing. The aftershocks still come. And now even the air is a threat, as radiation continues leaking from the damaged nuclear plants.

My shock on March 11 was shared by the 78,200 residents who lived within 12 miles of the Fukushima Daiichi Nuclear Power Plant. It was shared by 130 million Japanese across the country and hundreds of millions all over the planet.

On our television screens, we have seen survivors too: baffled children, weeping spouses, old women devouring meager rations and sleeping on gymnasium floors — women who were 10 years old in 1945. We have seen farmers from the Fukushima area who have been forbidden to sell their lettuce and spinach, out of fear of radiation.

Fishermen cannot go fishing since high levels of radioactive iodine have been found in fish caught at Ibaragi, halfway between the reactor site and Tokyo. They have done this work for generations. Now, they might never do it again.

The answer is simple: because engineers and executives of Tokyo Electric Power Co. (TEPCO) — which operates the Fukushima complex — along with bureaucrats and Japanese government officials, ignored history.

Since ancient times, we have suffered from large earthquakes and strong tsunamis. Today, along the hundreds of miles of Japan’s coastline, there remain stone markers called tsunami stones. Some are six centuries old, from before Columbus ever saw America.

History tells us that the threat of quakes and killer waves did not stop in the modern era.

In 1896, the Meiji Sanriku earthquake, magnitude 7.6, struck off the coast of northeast Japan and unleashed a very high tsunami (some records show the highest point at an astonishing 125 feet). The epicenter of that quake was almost the same as the current one. Victims numbered about 27,000.

But even after that disaster, most survivors rebuilt their houses on the same coast line. Some moved even closer to the sea, where so many earned a living.

In 1923, the Kanto earthquake hit Tokyo and the Kanto area. The magnitude was 7.9. Fierce winds drove a firestorm through the city, destroying thousands of houses. When it was over, at least 100,000 were dead.

That year, the coast of northeast Japan went relatively unscathed. Residents, apparently, thought earthquakes were a thing of the past, but 10 years later another one came. The second Sanriku earthquake struck in 1933. The northeast coast was battered hard.

Again, many were killed. And again, thousands of coastal houses were destroyed.

Yet, there was one good thing about those years: no nuclear power plants in Japan. Or anywhere else on the planet. Those extraordinary technologies would come only after the United States dropped atomic bombs on Hiroshima and Nagasaki.

As the Cold War intensified, the Americans were developing (and later testing), more powerful atomic weapons. The program was driven by events: the news in 1949 that the Soviets had tested their own nukes, ending the American monopoly; the triumph of Mao's Red Army in China the same year; the outbreak of the Korean War in 1950.

On April 28, 1952, the formal occupation of Japan ended, but about 200,000 American troops remained in Japan. On Nov. 1, the U.S. tested a hydrogen bomb at Enewetak Atoll in the Marshall Islands, about 3,000 miles west of Hawaii.

The next year, the new U.S. president, Dwight D. Eisenhower, arranged the cease-fire in Korea. On Dec. 8, 1953, Eisenhower announced the “Atoms For Peace” program, which pushed the idea of America using nuclear energy as a source of fuel and sharing that technology with Western countries. That is, a way that all people could use this new technology to live, instead of to kill.

The U.S. tested the next big hydrogen bomb at the Bikini Atoll in the Marshall islands on March 1, 1954. It was so powerful that a Japanese tuna fishing boat, the Lucky Dragon, was caught in the path of the bomb’s fallout, about 100 miles from the test site. The crew members suffered from radiation sickness. One of them died.

Resistance to "Atoms for Peace" among the Japanese rose higher. But the United States Information Service in Tokyo, which had been working hard to change the Japanese aversion to nuclear power, began to find supporters.

John Jay Hopkins, president of General Dynamics (which built the first atomic submarine), came to Japan and made strong statements about embracing this kind of energy. Its safety. Its absolute necessity for Japan, which had neither coal nor oil. Independent Japan demanded energy. Nuclear energy was not the problem, but the solution.

Nobody publicly mentioned the other benefit to nuclear businessmen: the symbolic value of an endorsement by the country of Hiroshima and Nagasaki.

In 1966, 21 years after the first bombs were dropped on Japan, the first Japanese nuclear power plant opened at Tokaimura, 74 miles from Tokyo. Five years later, the Daiichi No.1 reactor started operation in Fukushima. Within eight years, five new reactors were built at the same site and soon started operations.

It is not widely known that the Fukushima reactors were producing electricity only for Tokyo, 140 miles away, and not for the region where they operated. But in the 1950s, when TEPCO salesmen came to Fukushima scouting for a site for their nuclear project, the people welcomed them. These villagers — mostly farmers and fishermen — were not sharing in the swift growth of the Japanese economy. They knew about the danger of earthquakes and tsunamis, but TEPCO guaranteed their plants were safe.

It was a myth nearly everyone believed until March 11, 2011. For weeks after the disaster, the government’s chief cabinet secretary insisted, in vague language, that the tsunami was beyond what anybody could have imagined. But he was wrong. The evidence was there and it was ignored.

Since March 11, there have been 400 aftershocks of magnitude 5.0 or greater in northeast Japan. Experts say they could get worse and they could continue for 10 to 20 years.

There are still 50 nuclear plants operating in this earthquake country. We may have another big earthquake beyond what anybody could have imagined.

Clearly the government, and the world, must take action now. Nuclear plants in earthquake country are absurd. The government should start by closing the oldest plants immediately. At the same time, while they systematically close all plants, they should begin a rapid transition from nuclear power to solar and wind.

Not one more person in my wounded Japan should die for an illusion. Not one more citizen of this planet.

Let us not ignore history, of which March 11 is now a piece, too.