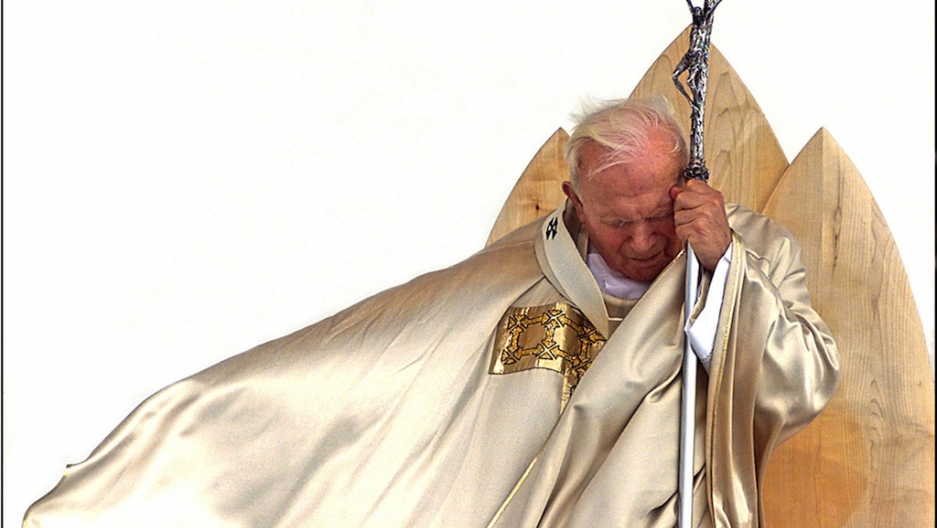 Pope John Paul II's body was exhumed Friday ahead of a beatification Mass that will leave the Polish-born pontiff one step from sainthood.

YouTube announced, via their blog, that the beatification ceremony on Sunday — which will mark the third in four steps of the canonization process — would be streamed live on the video sharing site.

The coffin will be brought into Saint Peter's Basilica for the ceremony. Pilgrims will be able to file past it afterward to pay their respects.

A sample of John Paul's blood, taken from the ailing pope during the last days of his life in 2005 in case they were needed during a transfusion, will also be put on show for adoration. The blood, held in four containers at the Vatican's Bambino Gesu hospital in Rome, was never used and has remained in a liquid state due to an anti-coagulant in the containers.

Two of the vials have been kept by Cardinal Dziwisz.

The Vatican said it expected at least 21 heads of state and government to attend the ceremony, which will be preceded on Saturday by a mass prayer vigil in the Circus Maximus — an ancient Roman arena in the city center.

The 9 a.m. (GMT+2) ceremony will be relayed on giant screens around the city and live on YouTube via http://www.youtube.com/live.

YouTube also has a page dedicated to the ceremony.