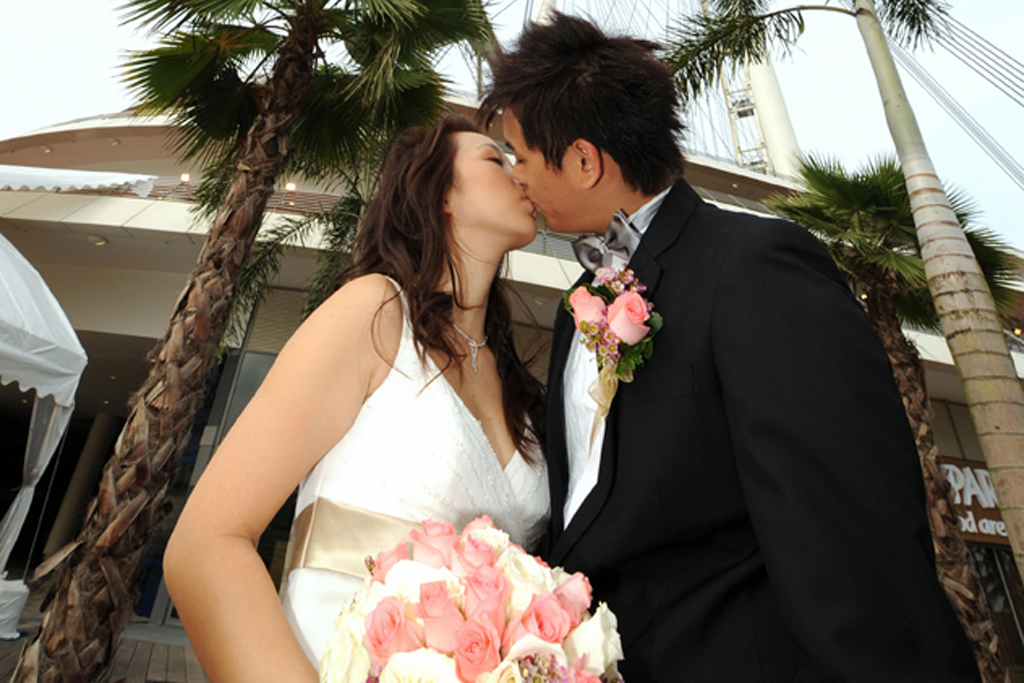 The British royal wedding raises many questions — among them, whether David Cameron will follow through in donning a morning suit and what ultimately happened to the Kate Middleton jelly bean.

In Singapore, however, the royal wedding raises but one query:

Who else is getting married that day?

Sixty couples, to be exact.

Channel News Asia reported that Singapore's Registry of Marriages has 60 ceremonies set to take place on the same day as Will and Kate's.

One grateful groom — Chris Lim, a 39-year-old operations manager — said he thinks that getting married on the same day as the British royal couple will help him remember his own anniversary.

He and his wife-to-be, Fion Eng, 37, said they are "happy knowing that the date is as auspicious as it is to us, as to the royal family."

They said they were comforted by the fact that Will and Kate were getting married on the same day, since it didn't initially bode well that their wedding date overlapped with Qing Ming festival, or tomb sweeping festival, when people tend to the graves of their deceased loved ones.

"The date was actually given by a fortune teller. It's not a good day for most Chinese," the couple told Channel News Asia.

The couple will show a live screening of the royal wedding at their own wedding, they said. They should be able to settle the issue of Cameron and his morning suit for all of posterity.