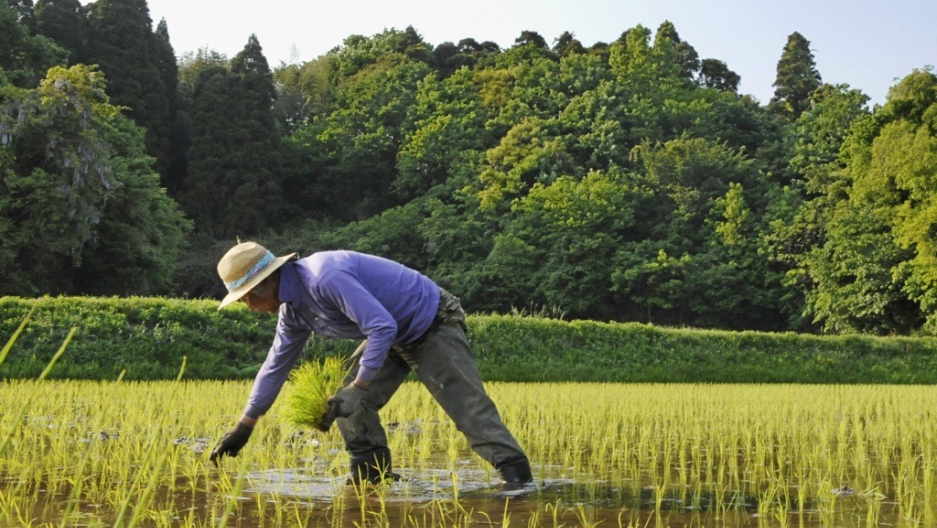 LONDON — The tragedy and devastation of Japan's recent earthquake and tsunami is overwhelming.

At least 11,000 people have died and more than 17,000 Japanese are still missing. The damage to Japan's economy has been estimated at between $200 billion and $300 billion. The tragedy will take years to overcome, but some Japanese are bravely looking to the future.

"We do not have time for pessimism. We will rebuild Japan from scratch," said Prime Minister Naoto Kan.

One area that was ripe for reform even before the tsunami damaged the Fukushima nuclear reactors and raised questions over the safety of Japan's food exports, is the country's highly-protected agricultural sector.

Japanese agriculture is among the most heavily protected in the world. The import tariff on rice, sugar and wheat is 778 percent, 305 percent and 252 percent, respectively. Duties on butter, cheese, peanuts and skimmed milk range between 737 percent and 218 percent. Over 100 agricultural items are protected by a tariff of over 200 percent.

The Total Support Estimate for the Japanese agricultural sector, or the value of all financial transfers from taxpayers and consumers to agriculture, was 1.05 percent of the GDP in 2008. The TSE in the EU and the United States was 0.91 percent and 0.67 percent respectively.

In monetary terms, support for agriculture in Japan, the EU and United States came to $52 billion, $168 billion and $96 billion respectively. Combined, the three accounted for 84 percent of agricultural subsidies in the Organization for Economic Cooperation and Development (OECD) in 2008.

What have these policies accomplished? Import tariffs make Japanese food expensive at home while subsidies keep taxes high. The value of agricultural production fell from 6 trillion yen in 1990 to 3 trillion yen in 2008. The number of workers in that sector declined from 4.5 million to 2.6 million over the same time period. At 66 years, the average age of a Japanese farmer is among the highest in the world.

Japan should look to the example set by New Zealand. Following liberalization in the 1980s, agriculture in New Zealand prospered. Since 1986, New Zealand's agricultural productivity has grown by 6 percent per year. Prior to reform, its growth was limited to about 1 percent per year. The number of people employed in agriculture fell only slightly, from 164,000 in 1986 to 149,000 in 2010. Those losses, however, were offset by increased employment in the rural tourism industry.

As in New Zealand, trade liberalization in Japan would likely have a transformative, rather than a destructive, effect on agriculture. It would channel capital and labor towards the production of niche goods, like Wagyu beef, award-winning whisky and Nihonshu rice wine. Indeed, the World Bank and UNCTAD estimate that agricultural liberalization would increase Japanese welfare by between $19 billion and $24 billion annually.

That should not be surprising. Most economists agree that free trade has been a force for growth and higher living standards. Trade improves global efficiency in resource allocation. It allows trading partners to gain from specializing in producing those goods and services they do best. It also allows consumers to benefit from more efficient production methods. Greater efficiency leads to cheaper goods and services, and that raises real living standards.

The Japanese government signalled its openness to trade reform even before the tsunami struck on March 11. In February 2011, it began to explore the possibility of reviving the sluggish Japanese economy by signing up to a Trans-Pacific Partnership — a free trade area that includes Brunei, Chile, New Zealand and Singapore, and could include Australia, Malaysia, Peru, the United States and Vietnam in the near future. Prime Minister Kan seems to understand that high level of agricultural protectionism would prevent Japan from joining the TPP.

Agricultural reform marked by a meaningful cut in tariffs and subsidies is both right and necessary. It is likely to save money and spark growth. The Japanese government should embrace reform and set the stage for a Japanese revival.

Marian L. Tupy is a senior fellow at the Legatum Institute in London.