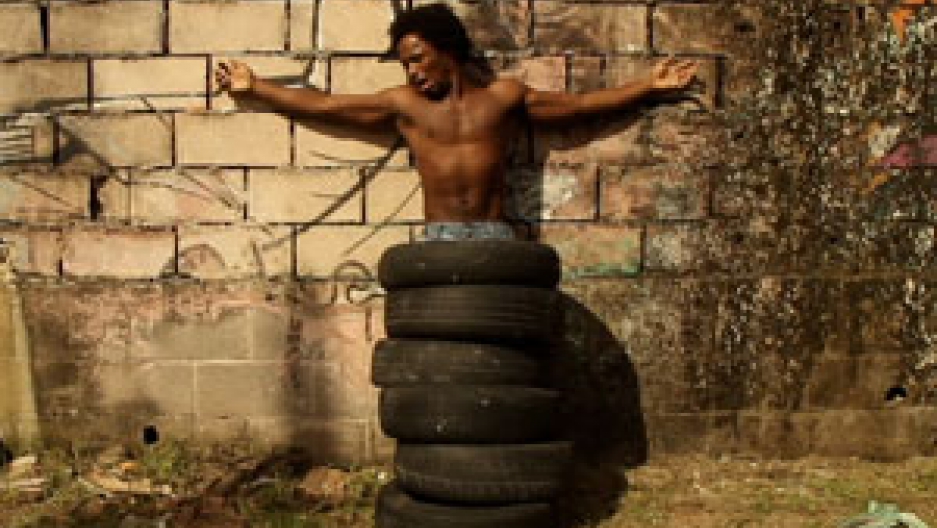 Brazilian play "Another Passion" re-imagines the Christ story in the slums of Rio de Janeiro.
Share

A re-imagined Christ story set to debut in Rio de Janeiro this week culminates with Jesus being put to death, not on a cross, but inside a stack of burning tires. The grim method of execution is a favorite with Rio de Janeiro drug gangs, who dub it “the microwave,” presumably for the heat victims must endure before they die.

Titled, “Another Passion,” this up-dated, true-crime version of the Jesus story is the brainchild of Adilson Dias, a former Rio de Janeiro street kid turned playwright. He said his aim with the project is to set the Christ story in the present day slums of Rio, where the messiah tries ministering to a group of drug traffickers who later betray and murder him.

If you happen to be in town, the play’s being performed this Saturday and Sunday at 8 p.m. at a community center in the City of God, the giant Rio slum made famous by the eponymous 2002 film.