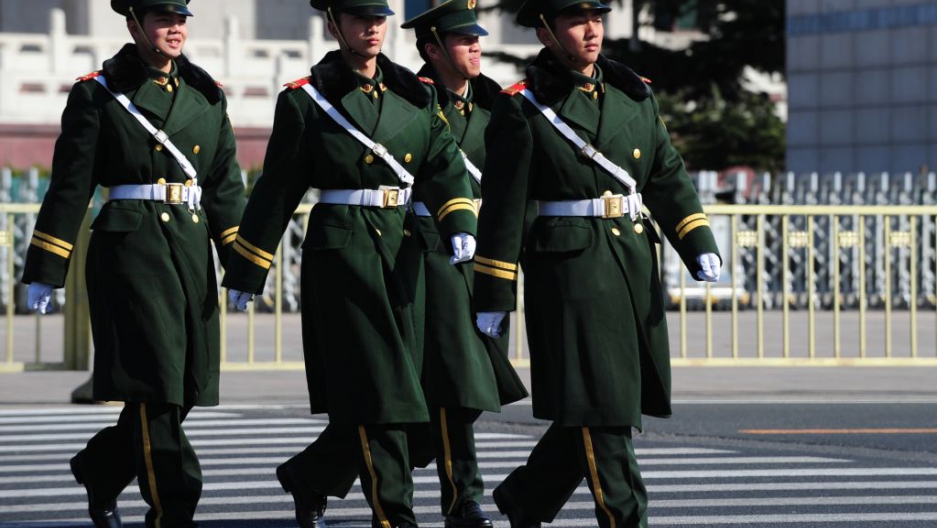 BEIJING – With Chinese artist Ai Weiwei missing for a third day after being detained at the Beijing airport, U.S. and European governments are calling for his release and an end to arbitrary detentions of those who criticize the Chinese government.

In separate statements, the U.S. State Department and the European Union in China decried Beijing’s ongoing crackdown on dissent. The United States urged China to release Ai, an internationally well-known artist and critic of the Chinese regime.

His associates reported they still had not heard from Ai since he was grabbed Sunday morning at customs at the Beijing airport while attempting to fly out of the country to set up an exhibition in Taiwan. Ai recently told a German newspaper that he was planning to build a new studio in Berlin because he could no longer work freely in China amid the current clampdown on dissenting voices.

In the hours after he was taken, police descended on Ai’s home studio complex, detaining assistants, seizing computers and sealing off the entire village in the north of Beijing.

Ai’s is just the latest in a long string of arrests, detentions and disappearances of critics of China’s regime this spring. Security forces moved amid ongoing calls for a Jasmine Revolution in China, apparently unnerved in part by the tumult and uprisings in the Middle East and North Africa. The group Chinese Human Rights Defenders has published a map of disappearances and detentions in recent weeks, which offers a stark view of the situation.

Ai, the outspoken artist and an avid user of social media, was documenting via Twitter the ongoing crackdown on Chinese voices. And while he’s far from the first to be silenced, he has the highest international profile. Ai has been the subject of stories in countless magazines and newspapers and appeared on widely watched international television programs.

Ai’s art has shown around the world and he helped design the Bird’s Nest – Beijing’s iconic national stadium that was the centerpiece of China’s 2008 Olympics (a work he later distanced himself from over dissatisfaction with the country’s leadership). His arrest opens many questions about just how far China is willing to go to silence dissent, in spite of international condemnation.

“The detention of artist and activist Ai Weiwei is inconsistent with the fundamental freedom and human rights of all Chinese citizens,” Toner said. “We urge the Chinese government to release him immediately.”

The EU, meanwhile, noted Ai’s case specifically in a statement Tuesday from its China delegation, saying it is “concerned by the increasing use of arbitrary detention against human rights defenders, lawyers and activists in China.”

“We call on the Chinese authorities to refrain from using arbitrary detention under any circumstances,” the EU said.

While in years past, international condemnation had some sway with China, it appears times may have changed.

Joshua Rosenzweig of the Duihua Foundation, which tracks Chinese political detentions and human rights issues, said the situation is difficult, as western government struggle to adapt to a changing environment in engaging China on human rights.

“China's diplomatic and economic importance makes human rights only one of many important issues that needs to be on the table,” Rosenzweig said. “China realizes this and tries very hard to isolate and compartmentalize discussion of human rights issues and increasingly appeals to ‘sovereignty’ and ‘rule of law’ to deflect concerns about individual cases.”

Rosenzweig said he’s not sure the high-profile case of Ai, following last week’s high-profile disappearance of Australian writer Yang Hengjun (later released), will make any difference in the current climate.

“China seems to sense an opportune moment and is exploiting it in order to revise the rules of the game as far as domestic freedom of expression is concerned,” Rosenzweig said.

“Will China pay any heed to the statements being made by Western governments about the need to adhere to internationally recognized human rights standards?" he asked. “What's in it for them if they do? What are the consequences if they don't?”