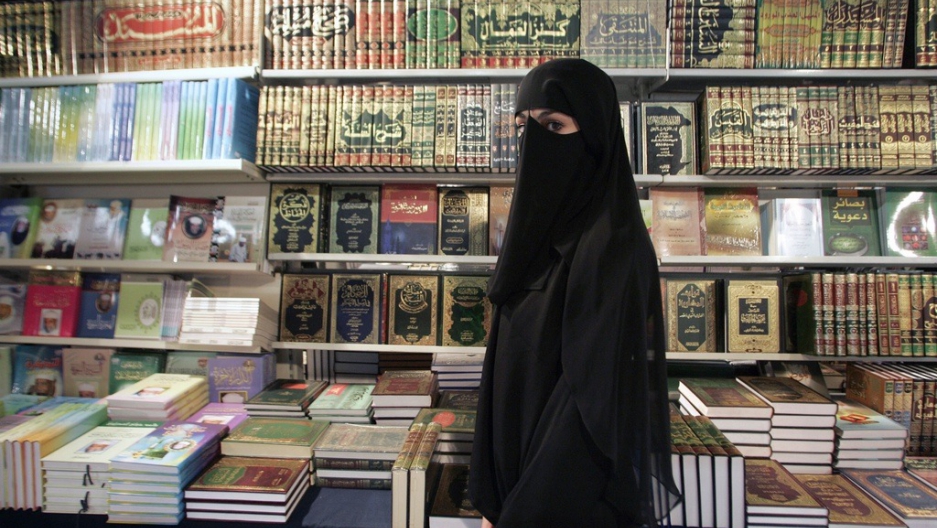 PARIS, France — With a law banning face-covering veils in public places set to take effect April 11, the French government has scheduled a national debate on religion and secularism.

"Why now? Perhaps if this was happening after the 2012 elections, we would be looking at this differently," said Abdallah Zekri a board member of Paris' main mosque who revoked his membership in President Nicolas Sarkozy’s ruling party in protest.

The debate set for Tuesday is “a political scam” that will focus unfairly on Islam and further stigmatize the estimated 5 million to 6 million Muslims who live in France, Zekri said.

The prevailing sentiment among opponents of the national debate is that the government is exploiting division, fear of Islam and xenophobia for political gain.

Having recently declared multiculturalism a failure in France, the president is using these issues, critics say, to obscure the reality that his ruling UMP party is lagging behind Marine Le Pen’s far-right National Front, whose anti-immigration turned anti-Islamism message seems to have struck a chord with French voters.

Recent surveys put Le Pen ahead of Sarkozy if the presidential election were held today and in opinion polls only 29 percent of the French hold a favorable opinion of the president. It remains to be seen how his strong stand with international allies against Muammar Gaddafi's Libyan forces will affect his popularity rating.

“Stigmatising Muslims is not politically dangerous,” said Francois Durpaire, a historian in identity studies as well as the president of a newly minted multicultural movement. “Stigmatising Islam is more profitable electorally; one should not leave this political space to the National Front,” he said of Sarkozy’s likely calculation. Furthermore, Muslims typically do not vote as a block, so Sarkozy is risking little, he added.

The government has maintained that the country need not shy away from the issues the debate will raise, such as sensitive topics like halal menus in school cafeterias, veiled mothers picking up their children from school, overflow crowds spilling into the streets during Friday prayers and public funding for the construction of Muslim places of worship.

But Muslim leaders fear the discussions will deteriorate into offensive cacophony and divide citizens in much the same way a ballyhooed national identity debate did last year when it was held ahead of regional elections. The effort resulted in a few proposals but had little to no lasting effect.

“We respect UMP’s choice and we ask that our position be understood and respected,” said Mohammed Moussaoui, the president of the Muslim Council of France, who convened a recent press conference of Muslim leaders.

The leaders also took their concerns to Claude Geant, France's newly appointed interior minister, who described their meeting as productive even though the two sides did not see eye to eye.

Since then, a battle of semantics has unfolded with conflicting sides accusing each other of exploitation. Moussaoui echoed sentiments that the debate would create an atmosphere of free speech run amok where people would be able express opinions without considering the consequences. Some politicians and pundits have already learned their lessons.

Earlier this month, a UMP deputy suggested would-be immigrants fleeing conflict in North Africa should be put back in their boats to ensure security in France and reassure the French. Chantal Brunel later apologized for her words but not for their sentiment, while some high-ranking members of her party publicly disapproved.

When a local UMP official from southeast France made disparaging jokes about Arabs, homosexuals and laborers on Facebook, SOS Racisme threatened a lawsuit. Despite her apology, Josaine Plateret was suspended from the party.

Earlier this year, Eric Zemmour, a conservative commentator, stood trial for defamation and provoking racial hatred, and lost. He had said on television that “most traffickers are black and Arab,” conflating the issues of immigration and delinquency.

And statements by the interior minister caused an uproar recently when he said that because of “uncontrollable immigration” the French sometimes feel like they are not at home.

“It’s not by chance that the law was almost unanimously adopted,” Geant said, referring to the veil ban. “Religion should not penetrate our social lives.”