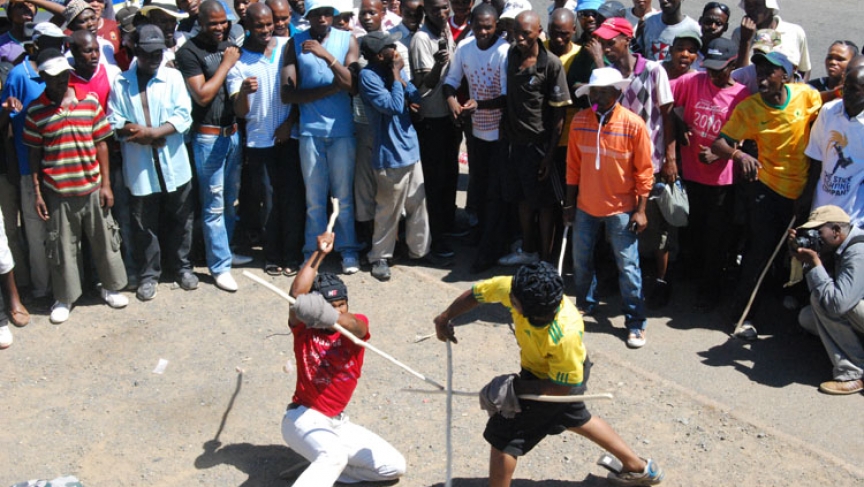 Intonga stick fighting is a martial art that has been practiced in southern Africa for centuries. Each combatant is armed with two long sticks, one of which is used for defense and the other to attack. In several townships around Cape Town, stick fighting is making a comeback, and earning some people some money. Reporter Anders Kelto explains.