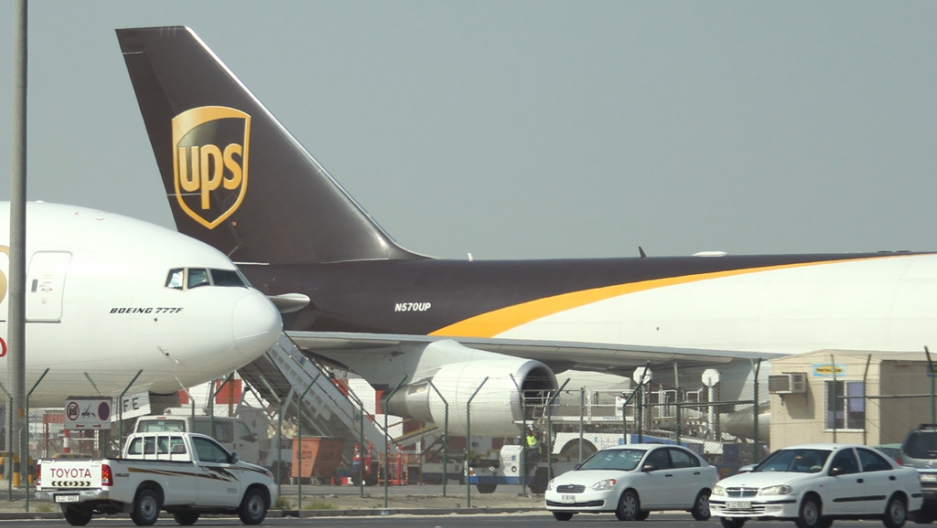 A UPS cargo plane sits on the tarmac of Dubai airport on October 31, 2010, the day after a parcel bomb was intercepted in Dubai on a cargo plane originating from Yemen.
Credit: Karim Sahib
Share

Concerns have been raised over airline safety checks after a fake bomb was carried on a cargo plane from Britain to Turkey just months after an alert sparked by real explosives.

The hoax device, a wedding cake box containing a timer, wires and a detonator, evaded detection when it was dispatched via UPS in north London two weeks ago.

Security scans at a British airport also failed to spot the suspicious package and the alert was not raised until the cargo plane arrived in Istanbul, ITN reported.

The bombs, disguised as printer ink cartridges, were planted by the Yemen-based Al Qaeda in the Arabian Peninsular. Police said the devices were primed to detonate over the United States. After one was discovered during a routine stop in Britain and another in Dubai, authorities around the world pledged to step up security procedures surrounding cargo deliveries.

A spokesman for Britain's Department for Transport said it was looking into how the latest security lapse occurred. "We have already begun an investigation which will look at all aspects of this incident, including UPS' procedures," he said.

UPS said it was cooperating with British authorities, insisting it had a "multi-layered approach" to security in place to protect staff, aircraft and customers.

Police in London said they had arrested a 26-year-old man last week on suspicion of making a hoax bomb. A spokesman said the hoax was not terrorism-related.