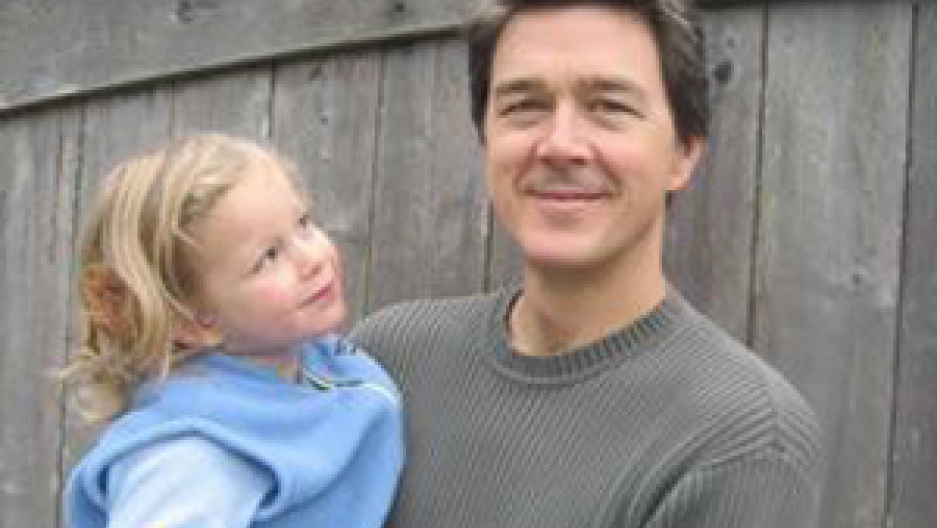 This story originally aired on PRI's Living on Earth. For more, listen to the audio above.

Being a parent these days is tough. There's a lot to worry about: Will my kids get jobs, can we afford their education? And now: How will climate change affect their future? Until journalist Mark Hertsgaard became a dad, he didn't take this global issue personally. Now he does.

Hertsgaard's new book, "Hot: Living Through the Next Fifty Years on Earth," tells the story of a new father's attempt to come to terms with his fears and his hopes for the future. Recently on Living on Earth, he talked about what led him to write the book.

After covering the climate beat for 20 years as a journalist, Hertsgaard says two events triggered his realization that the climate change story had drastically changed:

Well the irony is that the birth of my daughter coincided with a major paradigm shift in the climate story, in the climate problem. What changed, sometime around the turn of the century, was that global warming triggered outright climate change, and it did so a hundred years sooner than scientists expected. And so that huge shift in the problem -- the fact that now we're locked into a significant amount of climate change, even if we do everything right -- that is a major paradigm shift, and it happened to coincide with the birth of my daughter.

Hertsgaard says while his book covers some disturbing things about climate change and what a future might look like, it also offers some real life stories that might inspire people to seek out solutions. One of those stories is about how some communities around the world have adapted to climate change:

Here you've got some of the poorest people on the planet -- illiterate farmers in Burkina Faso, Mali, Niger, who are, even though they don't know the term climate change, they have been adapting to it. And what they've been doing is so simple and ingenious: They are allowing trees to grow as they sprout, amidst their fields of millet and sorghum.

And, the reason it works is that when you've got little bushes and trees in your fields, they provide shade, which lowers the temperature and helps the plants to grow. But more importantly -- the scientists told me -- are the root systems that go down into the earth. Those trees' roots systems go down into the earth, they ventilate the soil. That means that when there is rainfall, that the rain soaks into the earth rather then flashing off into creeks and disappearing.

And, literally, the underground water tables have been rising in these areas. We're seeing doubling and even tripling of the crop yields, and by far the most gratifying result, we're seeing that child malnutrition rates in these areas are plummeting. It's really such a remarkable success story. And to me, for those of us living in the United States, it shows that if some of the poorest people can do that much to adapt in those kinds of extreme circumstances, surely the rest of us can do our share.

As for how his own daughter will adapt in the next 50 years, Hertsgaard hopes she follows some of the suggestions in his book: "Try to find a place that has a secure water supply, that has a functioning government, and above all, our best hope going forward is going to be tightly knit communities of people who work together ...".

He hopes his book will help adults talk to younger people about the effects of climate change, and what can be done to find solutions.

For the full transcript of this story and more about Mark Hertsgaard and his work, visit the Living on Earth website.