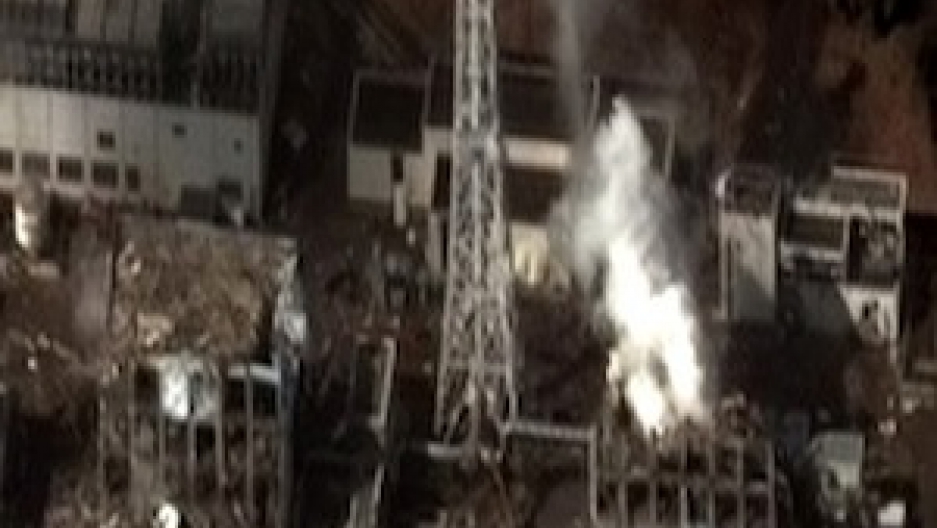 This story originally aired on PRI's Living on Earth. For more, listen to the audio above.

Over the years, Japan's nuclear industry has been plagued by a record of falsified safety reports, covered-up accidents, and what critics charge is a too-cozy relationship with government regulators. So activists say they're not surprised by the catastrophe at Fukushima.

"This is very much a human-created accident," Aileen Mioko Smith, director of the Kyoto-based NGO Green Action, told PRI's Living on Earth. "And the reason I say it's a human disaster is that, you know, natural disasters happen, but if you didn't site a nuclear power plant there, you wouldn't be having this accident at all."

"Japan has 54 nuclear power plants and they are all located in seismically active areas," Smith told Living on Earth. When building these plants, Smith says that the electric utilities collude with the government to underestimate potential seismic activity, and rubber stamp the process. Smith says, "this plant should never have been built in Fukushima."

The underestimation of potential dangers becomes a big problem. "They've said is that it's not necessary to have an evacuation plan beyond ten kilometers, which is six miles," Smith points out. "and local residents and all of us have fought that continually at every site." When the crisis extends beyond six miles, as it has at Fukushima, the population is caught unprepared.

Companies have been caught falsifying inspections and have been reprimanded, but the process hasn't made much of a difference. "Publicly, there's this reprimand," Smith explains. "You know, the regulators are regulating and slapping the wrists of Tokyo Electric, but underneath, they're just completely coordinated. That's the problem."

Smith is hopeful that the crisis could lead to more regulations and safety precautions surrounding nuclear power, but she's still not sure. "We don't know," she says, "I mean, you know, they've got huge PR agencies, but we'll see what happens."

In the meantime, Smith and other activists are trying to focus on shutting down other dangerous power plants. "There's a power plant southwest of Tokyo called Hamaoka, and the seismic situation there is much, much more serious than Fukushima," Smith points out. "What we have to tell the public, now that they're listening, is that Hamaoka has to be shut down, and really quickly."

"The role of activists is to warn the public, and we have been doing that," Smith says. But when it comes to the Fukushima plant, Smith is more remorseful. "You know, it's like … we did our best, and what else can you say - we weren't successful," she says. "We feel like this has been a total failure, and yet we still have urgent things we need to do."