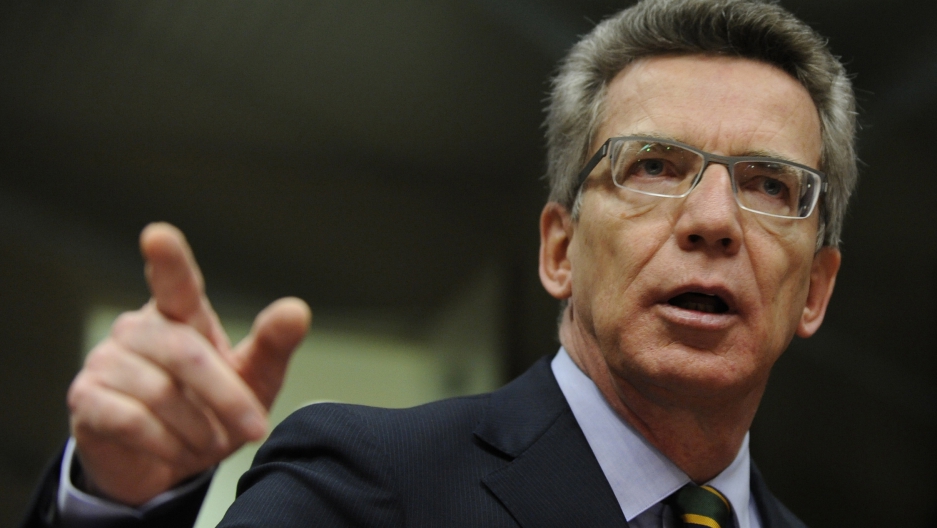 German Chancellor Angela Merkel has appointed one of her closest advisers to succeed Karl-Theodor zu Guttenberg, who resigned as Germany's defense minister over a plagiarism scandal.

Thomas de Maiziere, 57, was Merkel's chief of staff in the chancellery, before taking up the post of interior minister in October 2009, according to The Guardian. His cousin is Lothar de Maiziere, who was the last prime minister of East Germany.

Last week, the University of Bayreuth stripped Guttenberg of his doctorate after he admitted copying substantially from other sources.

He said the errors arose because he was busy juggling the demands of parliament and of raising two daughters with his wife, Countess Stephanie of Bismarck, a TV presenter.

Guttenberg, 39, considered Germany's most popular politician, temporarily renounced his PhD two weeks ago after being summoned by Merkel to discuss charges that he copied "complete and numerous" passages in his dissertation.

At the time, Guttenberg said the work "no doubt contains mistakes," but he strongly rejected all plagiarism accusations.

But he resigned Tuesday, telling N-TV: "I'm not going just because of the debate over my thesis, but also because of the question of whether I can still fulfill the demands I put on myself."

He added: "Some might ask why I am taking this step now. No one wants to voluntarily give up a job which is so close to their heart. I'm going in order to leave behind at least a reasonably well organized house [ministry]."

Guttenberg did his dissertation on the development of constitution law in the European Union and United States and held a doctorate in law.

But the admission has led to him being dubbed the "minister for cut-and-paste" and Baron zu Googleberg, according to the Guardian.

Thomas de Maiziere began his own political career in 1983 working for the CDU mayor of Berlin, Richard von Weizsacker, and worked his way up the party ladder, becoming Merkel's chief of staff when she was made chancellor in 2005, according to the Guardian.

He is considered a safe pair of hands for Merkel; the CDU has suffered defeats in two key regional elections.

The move caught Merkel off guard, according to Reuters, as she had ardently defended Guttenberg in the face of the plagiarism charge.

Although Merkel and her conservative Christian Democratic Union party were initially supportive of Guttenberg, an increasing number of politicians had broken ranks to suggest his position was untenable.

Merkel was widely criticized over her handling of the Guttenberg plagiarism row.

The Financial Times wrote: "Once again she emerges as a politician inclined to avoid risk and put off decisions. She defended Mr Zu Guttenberg for too long, mistakenly hoping the affair would blow over. The accumulating evidence of her indecisiveness and political vulnerability is a cause for concern. Her government's difficulties risk emboldening German political forces that take a narrow view of Berlin's responsibilities in addressing the eurozone's debt crisis. For Europe's sake, Ms Merkel needs to recover her old mettle."