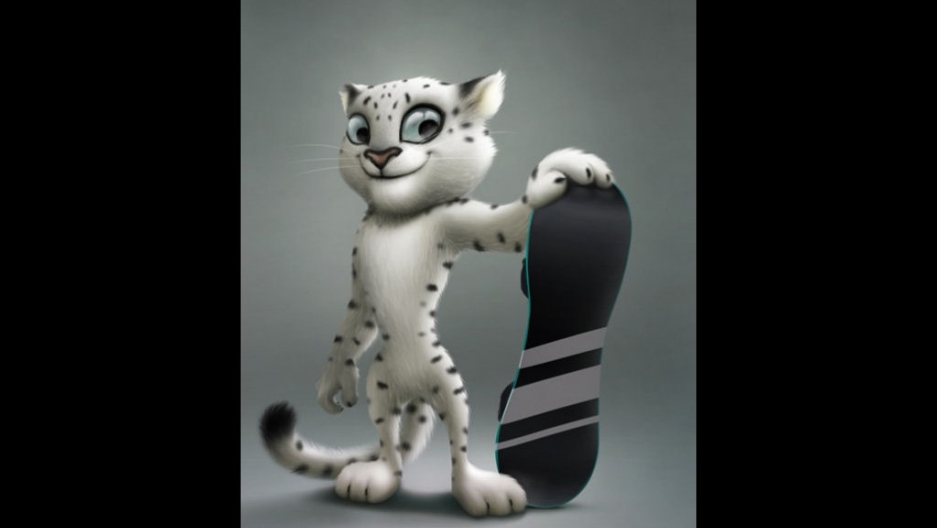 MOSCOW, Russia — Leave it to Russia to foment a scandal over something as seemingly innocuous as an Olympic mascot.

On Saturday night, Feb. 26, a call-in show on state-run Channel One announced the results of a popular vote to select the fluffy creature that would represent the 2014 Winter Olympics in Sochi to the world. About 1.4 million Russians voted and chose three mascots: a hip snow leopard gripping a snowboard, an innocent-looking white rabbit and a pudgy polar bear, scarf waving in the wind.

The outcry began within minutes and shows no signs of quieting down.

Accusation number one: The vote was rigged. Hours before the results of the three-week-long vote were to be announced, Putin came out in support of the leopard. “The leopard is strong, powerful, fast and beautiful,” he said during a meeting in Sochi, the southern Russian city due to host the event. Yet, ever partial to the rhetoric of democracy, Putin added that it was the voters who would make the choice, “not basing it on my opinion, nor on the opinion of Dmitry Anatolievich [Medvedev]. That night, votes for the leopard skyrocketed and it won the race with 28 percent of the vote.

Medvedev was none too pleased. Speaking Monday at a meeting on a new initiative to introduce universal electronic payment and ID cards, Medvedev said he hoped the journey to find a designer would be “more fair than the discussion of the symbols for our Olympics."

"This time, there will not be such a difference between the votes on television and the votes on the internet,” he said. It was a clear, rare dig at his powerful prime minister and the scandal was off and running. According to Sergei Mironov, head of Russia’s upper house of parliament, Medvedev had been partial to the polar bear, which took 18 percent of the vote (in Russian, bear is medved, strikingly similar to the president's last name).

Enter scandal number two: Was the polar bear ripped off from the cuddly brown bear that represented the games the last time Russia hosted them, in 1980?

“It is exactly the same as mine — the eyes, the nose, the mouth, the smile, though it's askew,” Viktor Chizhikov, who designed 1980's “Misha,” told Ekho Moskvy radio.

“I don't like it when people steal, the author always feels it especially painfully,” he said.

The organizing committee for the 2014 Olympics in Sochi was forced to release a statement, saying the bear had been “specifically” designed for the upcoming event.

It doesn't end there. Bloggers are still up in arms that two of their preferred choices weren't allowed to even compete. One that gained widespread popular support was Ded Moroz, a Father Frost figure that is the ultimate representation of winter and Christmas here. Organizers said there were copyright issues. The snarkier segment of Russia's blogosphere built enormous support around Zoich, an impossibly ugly hairy frog with googly eyes comprised of the colorful rings that traditionally represent the Olympic Games.

“Zoich was absolutely out of consideration,” a source inside the Russian Olympic Committee told The Moscow Times this week. “It was very depressing.”

“The mascot should symbolize Russia, but imagine the impression people around the world would have when they looked at this blue toad?” the source told the paper.

That brings us to scandal number four: The World Wildlife Fund thinks the snow leopard is not right to represent the Russian games. The animal, the group noted, is not native to the Caucasus region where Sochi lies.

“It’s already clear there’s been a mix-up between the qualities of the snow panther and the leopard — the first really is a mountain climber and is associated with mountains, but does not climb trees,” Igor Chestin, head of the WWF’s Russia office, said in a statement. “The second often uses trees to relax, but cannot handle deep snow. The selected ‘leopard’ mascot is rather a snow panther (both in terms of color and the form of its spots), which has never dwelled in the Caucasus.”

It's all very hard to keep straight, but leave it to Vladimir Zhirinovsky, the firebrand nationalist who is the deputy head of Russia's Duma, to sum it up best. “The bear is the dumbest animal, the leopard is bloodthirsty, and the hare a coward who always runs away,” he said this weekend.

While the mascot scandal has evoked plenty of giggles, Russia continues to battle a host of issues in its upcoming hosting of the Olympic Games, chief of which is safety in the turbulent region. Last week, three tourists in the nearby ski resort of Mt. Elbrus were shot dead by masked gunmen suspected of being Islamist rebels.