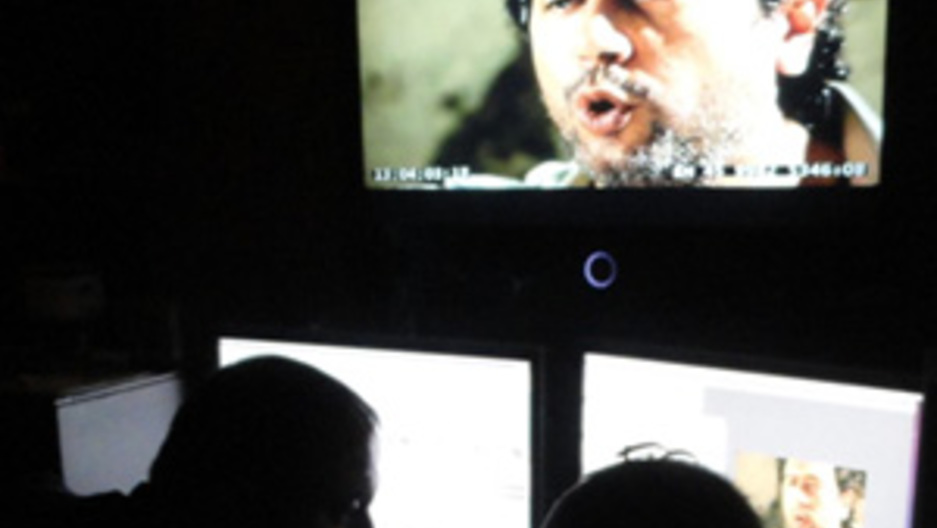 Share
by Ben Gilbert Sameh Abdelazziz had finally produced a rough cut of his seventh film, "The Ant's Scream." He was waiting for approval from the Egyptian censors. "They had their reservations and had made 21 objections to the film," he says "Live like an ant" It's no wonder. 'The Ant's Scream' details the trials and tribulations of daily life in Egypt. They include lowing paying jobs, humiliation by government bureaucrats ad to torture and detention by the police. The film follows a man named Gouda Al Masri. He believes that Egypt is a good country but he is sickened by the corruption and poverty. Gouda begins to protest against the government but state security forces take him into custody and torture him. A government thug tells Gouda that he is little more than an ant, and he gives Gouda some advice. "If an ant wants want to live in security, what should it do? Walk near the wall. in order not to get trampled on. It should make a hole in the wall and go and hide in it. Then you can live peacefully. Live like an ant and eat sugar". Gouda responds : "If I knew that if I lived like an ant that I would live in peace, I would go into hiding. But I still wouldn't be left alone. There are people who want to tread over ants everyday." The thug replies, by saying "I don't want to hear from you again. Live like an ant. Eat sugar." The thug then stuffs cake into Gouda's mouth. The prisoner is released, and returns to Cairo's streets, despondent. Still, Gouda believes there must be someone he can take his grievances to. So he attempts to speak with President Mubarak. The film's planned final scene shows Gouda running up to the president's car. He is shot in the process. Gouda staggers to the presidential limousine, opens the door, and looks inside to find no one there. It's the last thing Gouda sees before he dies. Screenwriter Tariq Abdigaleel says the ending was symbolic: "I was trying to show that the president has been absent for ten years and that his son was running the country". New Ending Then history intervened. Pro democracy demonstrations erupted in late January and Abdelazziz spliced real protest footage into the final moments of the film. Then, Mubarakk stepped down, and Abdeilazeez changed the ending. Again, Gouda runs toward the president's car. But this time, we see news footage of protestors beating back police from Tahrir square. Gouda still dies in the end, and the screen goes black. But before the credits, a poem begins. "The fear is over, People were on the streets. And the streets were cold. And the people kept each other warm." The poem is read over photos of the celebrations that erupted around Egypt after Mubarak stepped down. Now, the film is optimistic about Egypt's future. So is the director. Sameh Abdelazeez sees the "Ant's Scream" as a testament to all those who endured the brutality of the Mubark regime. "I put myself in the shoes of someone suffering injustice", he says. "I studied what these people were suffering and what they were living, and that's what came out in the film."