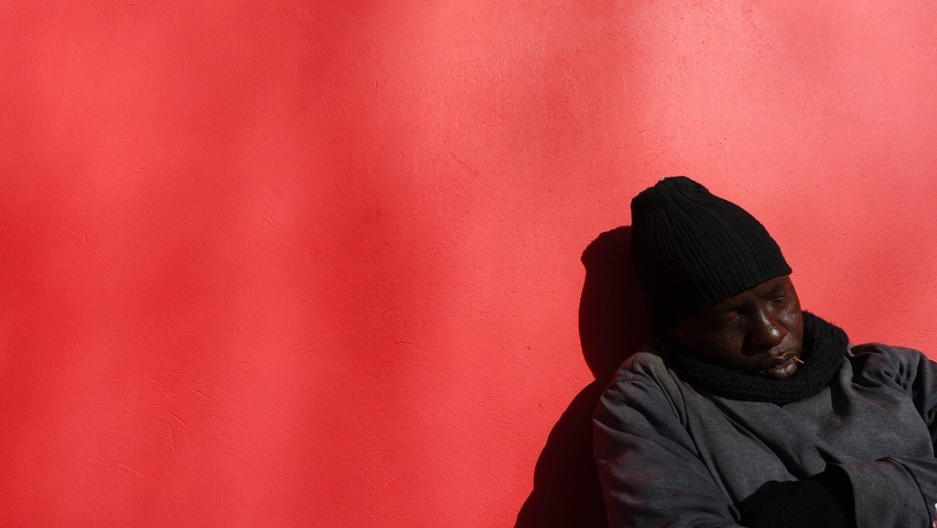 JOHANNESBURG, South Africa — When a group of Zimbabwean activists gathered to watch videotaped news reports of the revolutions in North Africa, it was a chance to bypass the heavy censorship that President Robert Mugabe’s regime has imposed on coverage of the historic uprisings.

Zimbabwean authorities saw it as something else: They arrested the activists and accused them of plotting to overthrow Mugabe's government. Forty-six people have been charged with treason, which carries penalties of life imprisonment or death, and were taken to prison in handcuffs and leg irons.

With the governments of Tunisia and Egypt toppled and a revolt in Libya underway, African governments south of the Sahara are casting a nervous eye northward and cracking down on dissent among their own people. While there are vast differences in circumstances throughout the continent, many countries share the common denominators of high unemployment and repressive regimes that have been in power for decades.

But unlike the “Jasmine Revolutions” of North Africa, there has not been a strong, citizen-driven movement to overthrow a repressive government in any of the sub-Saharan countries, despite attempts by protesters in Gabon and Cameroon.

There has also been scant criticism by other African governments of the violence against protesters in Libya, including the brutal attacks that have reportedly been carried out by brigades of mercenaries from African countries such as Niger, Chad and Sudan.

“Every country has its own tipping point against oppression,” said Adekeye Adebajo, executive director of the University of Cape Town’s Center for Conflict Resolution. “But it’s not easy to tell where that is. Nobody can predict it.”

In Cameroon, protests Wednesday against President Paul Biya, who has ruled for a quarter century, were quickly crushed by riot police despite hopes by organizers that it would be the start of an Egypt-style revolution.

There were similar attempts by protesters in Gabon, where thousands took to the streets to protest against President Ali Bongo, son of a dictator who had ruled for more than 40 years. They were swiftly dispersed with tear gas.

Other African countries have also censored news coverage of North Africa, notably Eritrea — where independent media has been banned for a decade — and Equatorial Guinea, which has had a blackout on coverage of the protests since Feb. 11, said Mohamed Keita with the Committee to Project Journalists.

But Keita said that many Africans, even in rural areas and in highly repressive Eritrea, are finding a way to get the news through satellite dishes and communal viewing.

“Even in Equatorial Guinea, people are still discussing these things, even if they might be whispering,” Keita said.

In South Africa, the ruling African National Congress party was criticized by the opposition and media for being slow to issue a statement condemning the violence against protesters in Libya.


Thomas Wheeler, a research associate at the South African Institute of International Affairs and a former ambassador South Africa to Turkey, said the ANC’s latest statement condemning the violence in Libya — released Wednesday — is unusual because it is one of the few such statements from an African government.

“The attitude is that African governments don’t interfere with each others’ affairs,” he said. “They want to appear to be unified to the outside world, even if that’s not really the case.”

In South Africa, where there have been violent protests over the government’s failure to provide basic services to poor communities, Finance Minister Pravin Gordhan warned Thursday that the country could in the longterm face political unrest like that in North Africa if it doesn’t create jobs and narrow the gap between rich and poor.

But in the short-term, this is unlikely, Wheeler said. “I don’t think there is any question of taking it as far as it has gone in North Africa.”