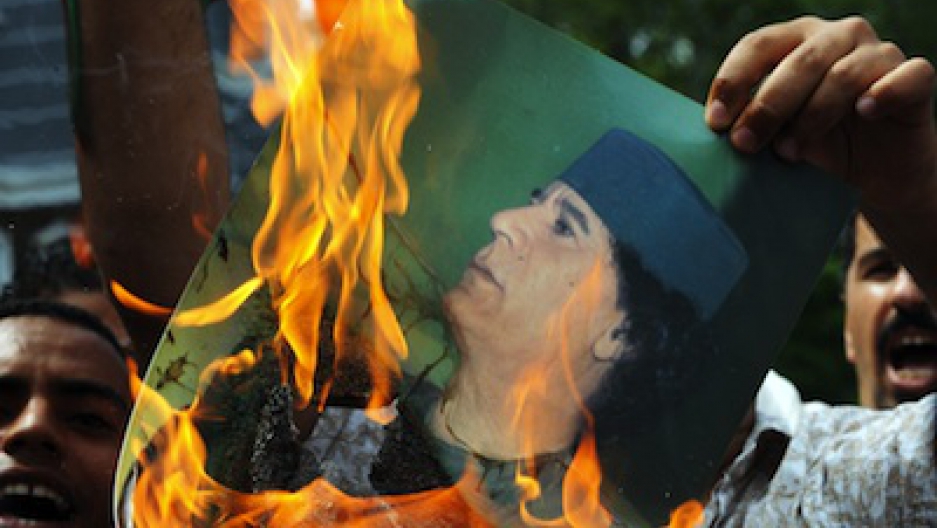 Though now teetering from civil uprising, Libya has hardly functioned like a fractured or weak state -- at least economically speaking. The North African oil power grew its economy by about 10 percent last year. Its per capita GDP is among the region's highest.

But the violence has shone a light on some of the people powering that growth. A lot of them are poor, Asian and far from home.

That's 183,200 Asians in Libya. What are so many Asians doing in there? Mostly low-skilled labor -- for more money than they could make back home.

Libya is comparatively wealthy to most of Southeast Asia. Its per capita GDP is $9,700. That's more than double the GDP in Thailand ($3,890), one of the region's more affluent nations. Take poverty-stricken Bangladesh's figure ($551) and you can see why so many Asians are willing to travel all the way to North Africa for better pay.

Their life there isn't always pretty. Last year, a group of Bangladeshis working in Libya claimed they were beaten and given little to eat. Those aren't the only allegations of abuse there.

Even as Asian governments hustle to get their people out of there, some workers there say they can't come fast enough. Through a fax, Thais working in a Libyan labor camp reported their site was torched and some were beaten and robbed as protests swept the country.