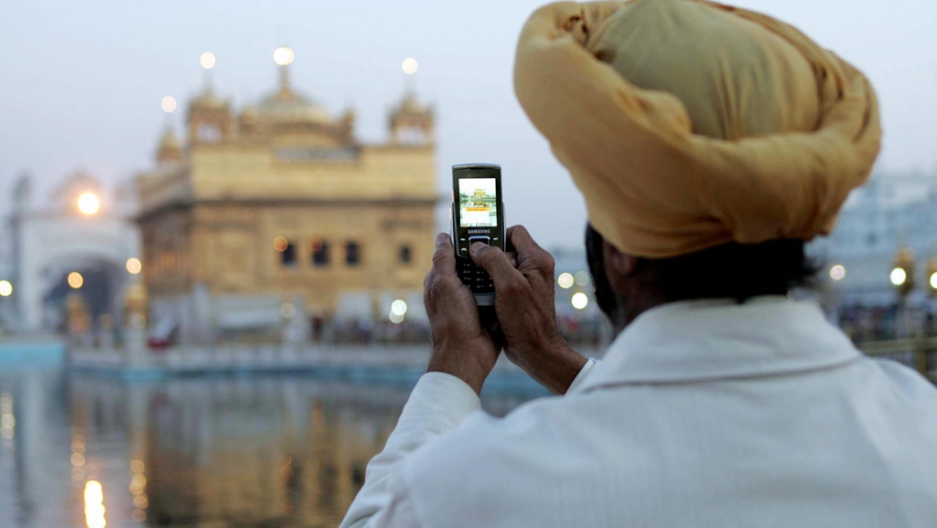 An Indian Sikh uses his mobile phone to take a photograph in the front of the Golden temple in Amritsar.
Credit: Narinder Nanu
Share

NEW DELHI, India — Despite the booming information technology industry that has made it "the back office to the world," India still lags far behind nimble China in the race to provide universal internet access to its citizens.

But as prices for smart phones plunge and India's cost-slashing mobile service providers get ready to roll out broadband-ready 3G networks, India is poised to leapfrog the PC and take pole position in the mobile internet revolution, says McKinsey & Co.

That means big changes are on the horizon, according to Laxman Narasimhan, a director in McKinsey’s Delhi office. Access to individual screens and custom content will transform the media business, new decision-making processes will require companies to adopt innovative new marketing strategies, and internet banking and e-commerce will explode — increasing India's market for digital services fourfold, to $20 billion, by 2015.

"The frustration with the lack of development of infrastructure, and the lowering of the cost of access devices could lead to a leapfrog in the way some of these services are delivered," Narasimhan said in a phone interview with GlobalPost.

Thanks in part to Google's open source Android operating system, the cost of smart phones has already dropped below $125 and promises to fall further — making portable devices that are easier to operate than PCs affordable for an ever broader cross-section of Indian society.

Meanwhile, a number of global players are developing technologies that can translate voice inputs into data and convert web-based text into speech, which could facilitate the spread of the sort of immersive, audio-visual applications that will be a hit among India's low-literacy population.

"Those kind of solutions going mainstream is a very happy coincidence," said Aditya Dev Soon of the Center for Knowledge Societies. "It's dovetailing in a way with the actual spread of broadband on mobile into more and more rural areas."

Some interesting new businesses could be poised to take off, if service operators get the pricing right and innovators provide the right mix of products.

"The ability to accelerate data services is going to depend on a number of factors offered by 3G providers and broadband wireless access providers," said Narasimhan. The key factors will be "the strength of the proposition, the access price, the content price, how much the content is tailored for regional and local needs, and how these content players get compensated. That's almost always the trickiest part of the change."

The right products and services could help India overcome shortages that plague its huge population.

In education, for example, video chat could cut into the lucrative market for supplementary tutoring — where otherwise students must sometimes commute for as much as three hours. Similarly, in health care, access to online doctor consultations would allow Indians in remote areas where hospitals are not available to get preliminary medical advice before undertaking a costly and time-consuming trip to an urban center. Meanwhile, technologies like internet banking, e-networks for sales and distribution, and music or video on demand will help companies cut costs and spawn some big business opportunities.

"The interesting thing that we've found is that Indian consumers are willing to pay for some services on the internet, with regard to mobile health for example, such as a doctor on call," said Narasimhan. "The same thing with supplementary tutoring or education."

Even without web access, Indians already spend nearly five hours a day watching and listening to digital content, and three-quarters of urban residents spend at least $1 a month to buy it — often from "gray market" shops that will transfer downloaded content to your phone by cable or bluetooth for a nominal fee.

A number of companies have already made a splash with internet- or mobile-enabled businesses, such as Thompson Reuters India's Reuters Market Light, which provides weather and crop-pricing information to farmers by SMS. But the budding mobile internet revolution promises to throw up new, more complex services, as broadband access and larger, touch-screen displays will make it easier to communicate more information.

For India's large population of illiterate or semi-literate citizens, for example, the ability to broadcast audio/visual information eliminates a host of problems that companies and aid groups have been fighting for years.

"How do you use [ordinary] mobile phones to provide family planning information from the government?" said Aditya Dev Sood, who works on projects exactly like that at his Center for Knowledge Societies. "A lot of ideas emerge that are impractical under 2.x G framework. It becomes a real puzzle, for example, to figure out how you will get dribbles of information to a user's device to draw out a picture of a condom on the end of a penis."

But the biggest impact could come from the government, which is already investing heavily to move information online (despite rearguard action against the Right to Information Act) and setting up a Unique ID system that will give every Indian a biometrics-based identity number. Because the biometrics will make it possible to verify customers' identities by mobile internet, wireless banking will finally hit its stride — helping to bring financial services to the 50 percent of India's people who still don't hold bank accounts. And that will have tremendous follow-on effects, says McKinsey.

Government payments to individual households account for as much as a third of India's per capita income, and India could save nearly a tenth of that sum by converting to direct electronic transfers — while at the same time ensuring that all of the money gets to its intended recipients. That's enough to knock 20 percent off the fiscal deficit or boost welfare spending by 25 percent, the consultancy calculates.

That would be a revolution for sure.