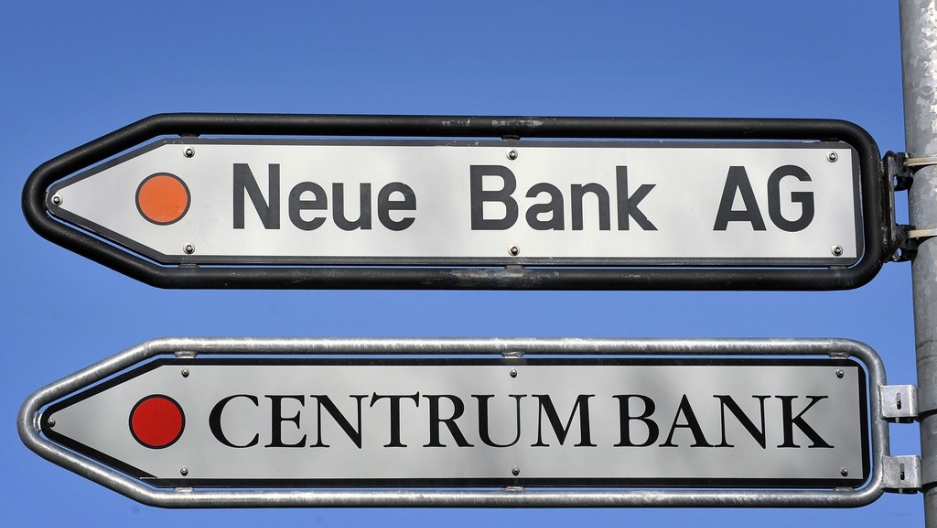 VADUZ, Liechtenstein — Warm hospitality is easy to find in this drab capital, at least if you’re there to deposit a sizeable amount of money.

After mentioning the topic at the reception desk of one of the tiny country's 15 banks recently, I was ushered into elegant back offices and plied with complementary refreshment. They didn’t even trouble me for my name.

Despite strenuous efforts to improve its image in recent years, Liechtenstein still has a reputation as a place whose custom of bank secrecy makes it attractive for hiding money of illegal origin, or for hiding legitimate income from the tax office.

The low-tax central European principality has been in the news recently as the home of a $15.6 billion foundation controlled by Ikea founder Ingvar Kamprad and the place where convicted U.S. spy Noshir Gowadia hid some of his earnings from China in a charity.

"You now have information exchanges made on request, but you have to know the information you are looking for before you request it. It's a joke," said Nicholas Shaxson, author of “Treasure Islands,” a book published last month arguing that tax havens such as Liechtenstein play a pivotal role in, among other activities, siphoning money from poorer countries into richer ones.

As I sought information at the banks of Vaduz — telling them I expected to inherit about $350,000 — my first port of call was LGT, a bank controlled by the country's royal family that found itself at the focus of an international crackdown on tax evasion in 2008. The German government had paid 4 million euros ($5.4 million) for a CD containing a database of 1,400 LGT customers. The information, which came into possession of other governments as well, was supposedly stolen by one of the bank’s data entry clerks. Germany says it has recovered 1.8 billion euros ($2.9 billion) in unpaid taxes.

Liechtenstein accounts serve different purposes for the tax evader depending on which government is being avoided. The United Kingdom only taxes domestic income, so it might make sense for a law-abiding U.K. subject to move funds to a Liechtenstein account for investment purposes until they drop to a lower tax bracket, perhaps upon retirement. Citizens of the United States, Australia and Germany, however, are supposed to declare income earned anywhere in the world.

So why would people liable for tax on their worldwide income deposit money in Liechtenstein?

"It is because they are hiding it," said Nigel Morris-Cotterill, a money laundering expert.

At the time of the LGT leak, Liechtenstein's Crown Prince Alois fumed at the unseemly and "illegal" intrusion into the realm's affairs, but change came quickly nonetheless.

"The tax scandal did not trigger changes, but it very much accelerated the whole process," said Katja Gey, coordinator of international negotiations for Liechtenstein.

Along with a commitment to more openness in its banking, adhering to Organization for Economic Cooperation and Development standards, Liechtenstein came to an agreement with the United Kingdom that urged British holders of Liechtenstein accounts to come clean in exchange for reduced penalties. The British tax office said it has since recovered 3 billion pounds ($4.8 billion) in unpaid taxes.

In December last year, LGT and 40 of its executives agreed to pay the German government a fine totalling 50 million euros ($80.6 million). But the case is not over. Heinrich Kieber, the now-45-year-old Liechtensteiner who reportedly sold the CD, is the subject of an Interpol arrest warrant issued by the Liechtenstein authorities for theft, fraud and counterfeiting. He was at one time reported to be in hiding in Australia fearing for his life.

If I had been an aspiring tax evader, the LGT adviser’s comments were initially rather disappointing, as they emphasized over and over that account holders should report income on the account in the countries where they live. Pressed for reasons, then, to open an account in Liechtenstein, where bank interest is very low, the adviser spoke about the country’s beauty and stability.

With a population of 35,000 and a land area of 62 square miles, Liechtenstein is nothing if not boutique, but a quaint location is not the upside most people look for when selecting bank.

Later, however, the account manager got to the crux of the matter, mentioning that banking in Liechtenstein could protect one’s privacy, especially from European governments with higher taxes.

Asked the same question, Gey said customers might want to protect their privacy from "the social security authority."

Bashfulness of one kind or another may have been one reason Kamprad amassed the fortune in his Liechtenstein foundation. In Sweden, like in Finland and Norway, everyone's income tax records are posted for all to see on the internet every year. But Kamprad said the arrangement— revealed by a joint journalistic investigation by SVT, Veckans Affarer and Smalandsposten in January — helped make "tax efficiency" part of the company's low-cost culture.

But someone with less money to move around could still make use of a Liechtenstein account.

It is difficult for outsiders to find out who is the real owner of an Anstalt. So, for those prepared to risk prosecution, Liechtenstein banks and corporate structures still offer the chance to make the laws of their own land hard to apply.

"Foreign government agencies can't just say: 'Give me a list of all British citizens who have bank accounts in Liechtenstein,'" said Gey.

But are Liechtenstein banks completely riddled with dirty and undeclared money? What exactly is in all those black attache cases being carried around by the men in suits?

"There is absolutely no reason to presume that just because a country is small that it is inherently more valuable to money launderers. Indeed, the opposite is true," said Morris-Cotterill. "For the easiest place to put your dirty money, try London or Delaware. Frankfurt is quite easy, Tokyo's no problem."

Even Shaxson, whose book focuses on a variety of pint-sized tax havens, agrees they are probably not the biggest players, "Tax havens are not just these small Caribbean islands, Liechtenstein and Switzerland. They are, most importantly, [Organization for Economic Cooperation and Development] countries like the U.K., U.S., Luxembourg and Ireland. These are the world's most important tax havens."

A WikiLeaks release in the coming weeks may show that an as-yet-unnamed major U.S. bank offers a welcome even warmer than those offered by banks in Liechtenstein.

"I could set up a bank account in the U.S. in half-an-hour," said Morris-Cotterill, on the phone from Kuala Lumpur, "I could not do that in Liechtenstein."