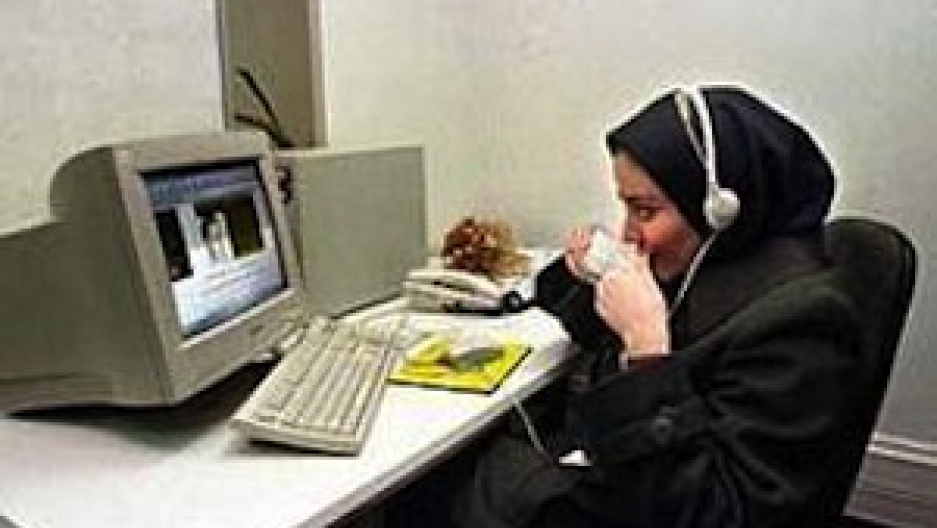 Image of a computer user in Iran

Visions of the internet as a bastion of freedom may not hold water. "Governments have found ways in which to control the web," writer and researcher Evgeny Morozov told PRI's The Takeaway. In the battle between internet freedom and control, it's not clear who's winning.

"In Russia for example, oligarchs close to the Kremlin actually purchased all of the major new media platforms in Russia," according to Morozov. "And they can then go and basically delete whatever they don't like."

The problem goes beyond deleting content. Governments around the world wage cyber attacks and exert psychological pressure on publishers to shut down dissent. Morozov says that most use proxies, like youth groups, to carry out cyber attacks for them. That way, the government can deny all knowledge and participation.

A market may, in fact, be emerging for cyber attacks. People may soon be able to go on Ebay to purchase a cyber attack to shut down the website or blog of dissidents or gadflies.

The U.S. government has tried to position itself as a champion of internet freedoms in speeches by Secretary of State Hillary Clinton. At the same time, Morozov says, " a lot of her colleagues domestically, in the FBI and the NSA and other agencies, want the exact opposite." They want control over websites, according to Morozov. "It isn't compatible, and it makes America look very hypocritical."

"It's not possible for America to be decrying cyber attacks, as Hilary Clinton did in her speech a year ago, while the US government itself is very actively engaging in cyber attacks and not reporting them to congress," Morozov told The Takeaway. He continues:

"The more the state department pushes towards promoting internet freedom, the more problems it creates for itself, because it has not resolved the fundamental problems domestically."