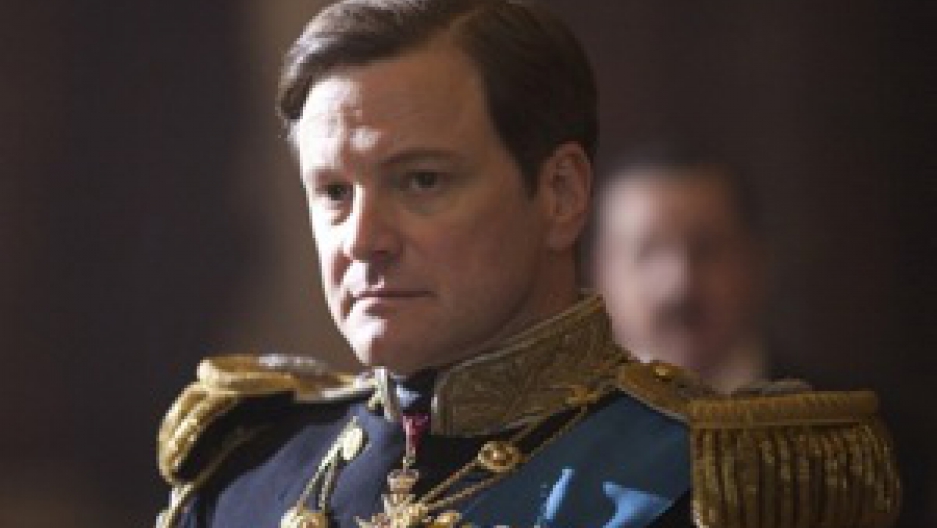 This is the image from "The King's Speech"

The story centers on Queen Elizabeth II's father's battle with a speech impediment. He turns to speech therapist, Lionel Logue, played by Rush, for help and eventually for friendship. "The way friendship is portrayed in this story is very unusual," Firth says. "I think that it's very difficult to achieve a story about intimacy, particularly between friends - between two men – one man trying to reach another."

Intimate relationships between men were even less likely in the time of the King. "I think that men of that generation were probably isolated by the social codes of being male," Firth says. "I think that it was a very, kind of closeted generation in all kinds of respects." The film suggests that King George's stammer stemmed from this isolation, but his disability also perpetuated his distance.  To hide his deficit, he hid from people. It is a common instinct, Firth observes: "The walls we build around ourselves protect and isolate us."

The basic struggles of the film's protagonist -- connection and communication -- are not royal, but human challenges. Firth explains, "we all have issues about communication, whether we don't communicate adequately because the other person intimidates us, whether it's because we're in love, or angry or shy."