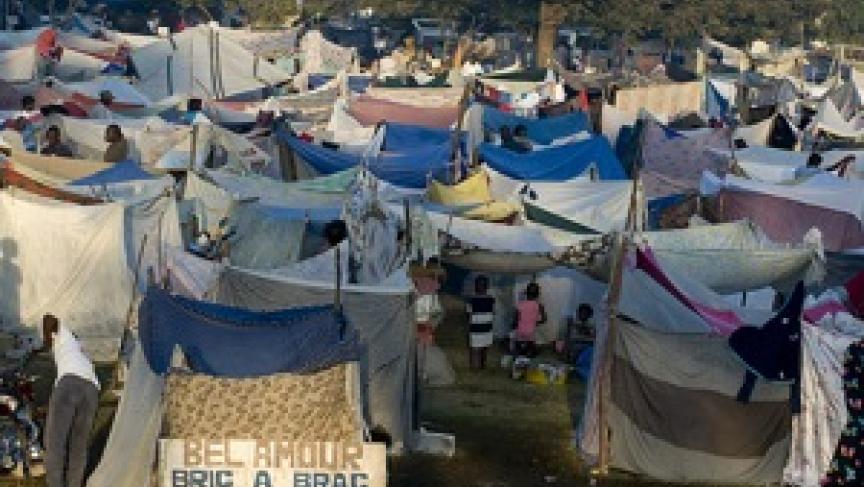 Demonstrators in Haiti have been protesting a cholera outbreak that has killed more than 1,000 people and hospitalized more than 16,000 in the past month. The riots began in northern and central Haiti, over suspicions that U.N. peacekeepers had brought the epidemic to the country from Nepal.

But protesters have also used the issue to make a political statement, burning campaign posters of Jude Celestin, the candidate of President Rene Preval's Unity Party -- just ahead of national elections coming up on November 28, 2010. Because of the mixing social and political tensions, it is somewhat difficult to tell the difference between genuine frustration over the epidemic and scapegoatting politicians ahead of a volatile election.

"We only call something an epidemic when it's a social crisis," Philip Alcabes, professor of public health at Hunter College in New York, told PRI's The Takeaway. Alcabes says that an outbreak becomes an epidemic when the underlying problems are so complex that many different groups in the country can blame each other for the outbreak.

"There is a long history of pointing fingers at people that you don't like," Alcabes says. In Haiti, there has been past frustration with the United Nations (UN) and Nepalese peacekeepers, who have received the brunt of the blame for the current outbreak. The UN has not confirmed rumors that Nepalese peacekeepers are the source of the outbreak, but it has confirmed that the disease originated in an Asian country.

Focus on the rumors about Nepalese peacekeepers ignores the real question, according to Alcabes. "[Epidemics] are much too complex to pin them on a single cause," he says. Instead of pointing fingers, people should be talking about the importance of creating a public health infrastructure in the country before an outbreak occurs. He argues that the real discussion should be what the country was doing to alleviate poverty, and to make sure everyone has access to safe food and water.

"The social crisis that preceded the earthquake -- which the earthquake made worse -- is going to have to get fixed," Alcabes says. We need to invest in a public health infrastructure before we can expect to prevent further epidemics, he says.