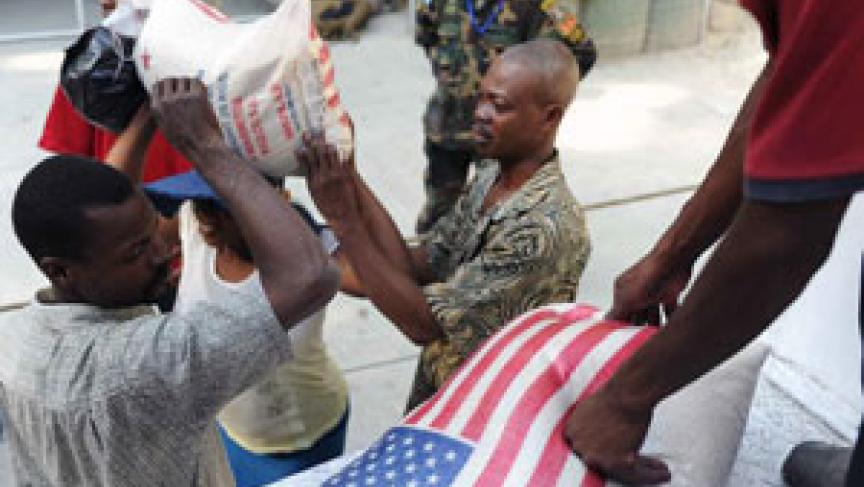 Those subsidies, along with the $65 million in food aid that the US gives to Haiti, may be undermining Haiti's ability to feed itself. Rice from the US is cheap, the BBC's Mark Doyle told PRI's The Takeaway, "cheaper than Haiti and Haitian farmers can produce their own rice."

The cheap foreign rice undercuts Haitian farmers, making it harder for them to sell their own rice. American farmers use modern farming techniques to produce clean, white rice. But Doyle points out that Haitian rice -- while more labor intensive -- can also be more nutritious and can taste better. "Haitian rice is better," according to Doyle. "It's a rougher product, but much tastier"

American officials have begun to realize the adverse effects that US policies are having on Haiti. Bill Clinton recently said, "It's maybe been good for some of my farmers in Arkansas, but it has not worked. It was a mistake." Doyle points out that Bill Clinton is not only a former President, but he's also a co-chair of a recovery committee in Haiti, which may put him at odds with American policies.

The subsidies are still being paid to American farmers, but Haitian politicians are trying their best to improve the situation. Haiti's President, Rene Preval said that he wants less food aid coming into the country, Doyle reports. And any food aid that does come in should preferably be purchased locally, to help Haitian farmers, as well as other Haitians. According to Doyle, "The Haitian government has begun to wake up to this idea."