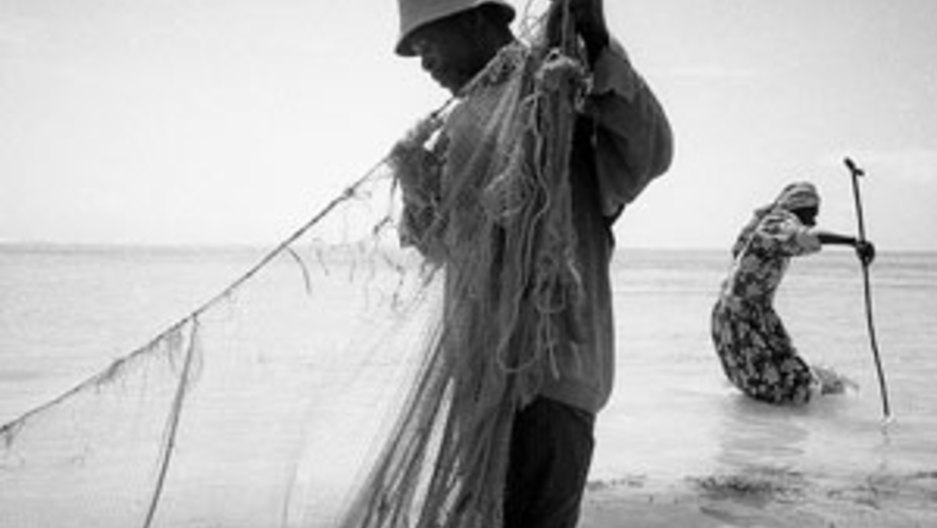 The Koran commands people to treat the environment with respect, according to many Islamic scholars. Passages like, "It is He Who hath made You (His) agents, inheritors of the Earth" (7:56) and " the earth We have spread out (like a carpet); set thereon mountains firm and immovable; and produced therein all kinds of things in due balance” (15:19) have been interpreted as encouraging environmental stewardship.

"Every Muslim should respect the nature and should take role to preserve this nature as a part of religion," Imam Mohammad Suleyman Tiwani told PRI's The World. Tiwani leads a mosque in a tiny island off of Pemba, part of the Zanzibar archipelago. He works on development projects using the Koran to encourage positive social behavior.

Tiwani also works with the the Misali Island Conservation Association, an organization that helps local fishermen manage and maintain the Zanzibar archipelago. Many people in Pemba are highly religious, and without the grounding in Islam, some locals believe there is a hidden, Western agenda in environmentalist teaching. Tiwani helps provide some of the religious basis for protecting the environment. He told The World:

I just take some verses and recite them, and I try to show them that there’s a relation between these verses and what we are required by ecology. When people find that these things have a basis in the Koran and the Suna, then they obey.

In fact, Islam is responsible for what some consider the world's oldest conservation system, according to Saudi Aramco World. The Prophet Muhammad was described as setting up a hima meaning "protected place" designed "to be a sanctuary; its trees shall not be cut and its game shall not be hunted."

The hima, according to Othman Abd ar-Rahman Llewellyn of the Saudi National Commission for Wildlife Conservation and Development, is "the most widespread and long-standing indigenous, traditional protected-area institution in the Middle East, and perhaps on Earth."

The concept of the hima largely disappeared in the post-colonial, Muslim states, according to Saudi Aramco World. Today, Islamic scholars and organizations are reviving that tradition and creating himas throughout the Muslim world.

The idea of Islamic environmentalism may be taking hold in Africa. Hamadi Rashid, a farmer from Pemba, put the issue in stark terms to The World. He said, "It's God's law. It's in the Koran. God says don't damage the environment."