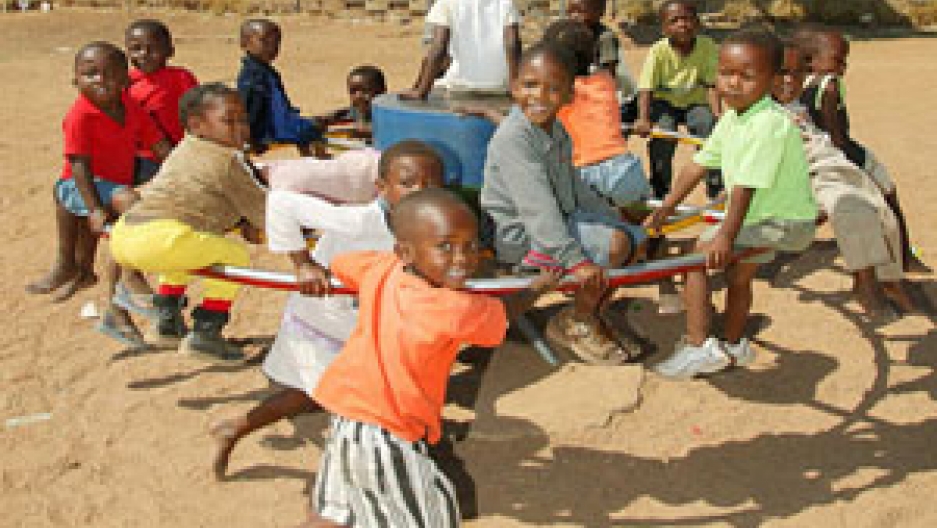 The idea behind the Playpump is ingenious: It's a water pump that acts like a merry-go-round. As children spin the merry-go-round, it pumps water into a tank, storing it until someone needs a drink.

The project has garnered massive international funding and a cadre of celebrity endorsers. Jay-Z held a benefit concert for the pumps. The Clinton Global Initiative pledged $16.4 million to roll out the technology in several African nations. Playpump's inventor, Trevor Field, told reporter Amy Costello on PBS's Frontline, "There was a time when I thought this little roundabout was just going to be a fun thing, but now it's going to change the world. For sure."

After a flurry of media attention, the promise of the Playpumps remains largely unfulfilled. In some cases, the Playpumps actually made situations worse, displacing previous water sources. Costello told PRI's The World:

I found pumps that were broken and/or were not working at the sites that they had been selected to work at. I visited a rural community in Mozambique whose Playpump had been broken for six months. So they were without a drinking supply. They had to walk 40 minutes to the next village in order to get their water now, which was putting additional pressure on that community. They resented the 150 families that they were now having to share their water source with.

"Sadly," Laura Freschi writes for AidWatch, "somewhere along the way, PlayPumps stopped being a smart homegrown idea and became a donor-pleasing, top-down solution that simply didn't fit many of the target communities." The pumps are expensive (almost four times as much as a traditional hand pump), difficult to maintain, and have been accused of exploiting "child labor."

International organizations are now rethinking their relationships with the Playpumps. Costello reports that the pumps can work well in specific situations as a secondary source of water. The Case Foundation, which helped fund the projects, wrote on a blog post, "We learned that PlayPumps perform best in certain community settings, such as at large primary schools, but they are not necessarily the right solution for other communities."

The project was also an opportunity for reflection in the Case Foundation. Though representatives declined to be interviewed for Costello's report, they defended themselves in the blog post:

It sometimes feels like philanthropic efforts are held to a different standard than in the private or public sectors. All too often there is less tolerance for mistakes, which leads many organizations to become risk-adverse. And when mistakes are made, the tendency is to sweep them under the carpet - thus depriving the sector of important lessons learned. But in reality, the very nature of innovation requires that we try new things and take risks. Sometimes they will work, other times they won't - but in all cases, we should learn from our experiences and strive to do even better in the future.

The Playpump may have been a mistake to rely on, but it's a mistake that philanthropic organizations can learn from.